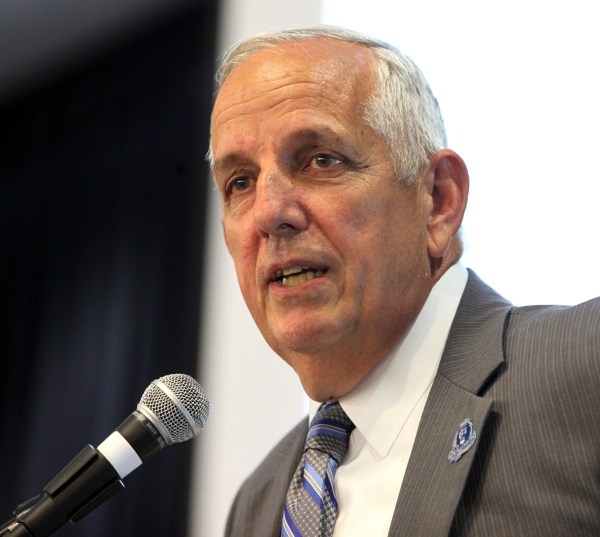 Retired U.S. Navy Vice Adm. David Architzel, who became military affairs director at Old Dominion University in August 2013, will leave the post at the end of the year to take an executive position with Fairlead Integrated, a Hampton Roads-based, veteran-owned, small business.

Architzel has been a tireless liaison between the university and the military, leading to increased collaboration in matters ranging from sea level rise mitigation to increased support for veterans transitioning to new careers.

"Arch brought remarkable energy and innovative ideas to the university," said David Harnage, the ODU chief operating officer who hired Architzel. "We will miss the military knowledge and real world experience he employed to maintain our strong partnerships with military communities and on behalf of our service-affiliated students."

In a statement this week, Architzel said: "I think that above all else, I care deeply about the military family in Hampton Roads and cannot begin to express how much I appreciate all that ODU has to offer our collective military-affiliated family. Think about it, the university boasts nationally ranked ROTC programs - Army and Naval ROTC; leadership in distance learning; outreach to our NATO allies; outreach to the military community that surrounds us; and a focus on maritime issues and solutions. ODU is truly a fantastic university on the rise, and the military and veteran population is a big part of our PRIDE. Good on ya ODU!"

Architzel wrote in a resignation letter to Harnage that the job he is taking in the local maritime industry represents a "fantastic opportunity" for him. "It will allow me to take on new challenges and try my hand at running a small business, something I have always wanted to try. I look forward to the challenge, but will also miss being here at ODU."

As military affairs director, Architzel served as ODU's liaison with the Department of Defense, military installations and service personnel, while promoting the university and its academic programs to the military community. His duties include creating awareness of ODU programs and services throughout the defense establishment; advising university leadership on implications of DOD policies; identifying external funding, grants and contracts; representing the university at military events and programs; pursuing DOD support for instructional and research programs; and coordinating on-campus ROTC units.

Architzel retired from the Navy in September 2012 after more than 40 years of service. Most recently he was commander of Naval Air Systems Command headquartered in Patuxent River, Md., a position he assumed in 2010 after serving as the principal military deputy to the Assistant Secretary of the Navy (Research, Development and Acquisition).

As a career naval aviator, Architzel accumulated more than 5,000 flight hours in more than 30 aircraft types in the fleet and as a test pilot at Naval Air Station Patuxent River.

Architzel is a New York native who earned a bachelor's degree in mathematics from the U.S. Naval Academy in 1973 and later a master's degree in aeronautical systems from the University of West Florida.

With about 26 percent of its student population consisting of active duty service members, veterans or dependents, ODU has forged strong ties with the military that extend from the Hampton Roads region to the international community. Earlier this fall, ODU was ranked 14th nationally in the "Best for Vets: Colleges 2015" by the national publication Military Times.