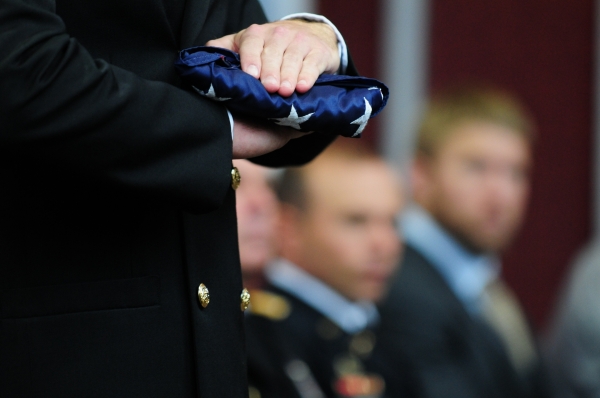 With close to a quarter of ODU's student body having a direct connection to the military, the day honoring veterans takes on added significance at the university.

Rear Adm. (ret.) David Architzel, ODU director of military affairs, will serve as master of ceremonies for the observance, beginning the program by introducing the joint service ROTC choir, which will perform The Star-Spangled Banner.

Father Mike Kuhn will give the invocation, followed by remarks from University President John R. Broderick.

In case of inclement weather, the observance will be moved to the North Mall of Webb University Center.