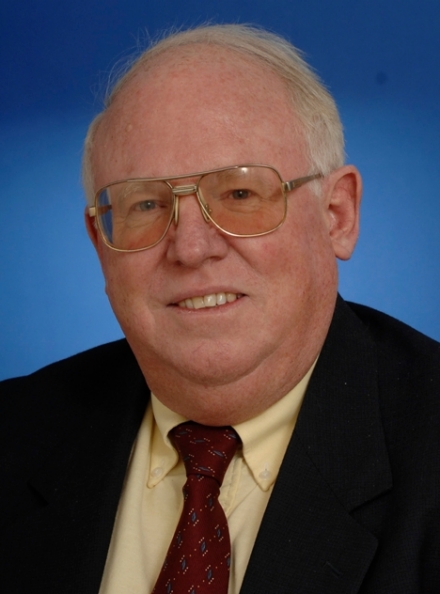 Patrick Hatcher, the Batten Endowed Chair of Physical Sciences at Old Dominion University, will share in a $7.2 million grant from the Gulf of Mexico Research Initiative (GoMRI) for environmental studies funded by the petroleum company BP in response to the Macondo oil well blowout in 2010.

He is part of a research team led by Texas A&M University marine biologist Antonietta Quigg that will conduct a three-year study titled "Role of Microbial Exopolymers in Aggregation and Degradation of Oil and Dispersants."

Hatcher oversees the ODU College of Science Major Instrument Cluster (COSMIC) facility, which has advanced technology chemical analysis instruments, and he said COSMIC played a key role in him being invited to join the consortium.

He added, "My research interests in the production of algal biopolymers is an important aspect of the project proposal and activities. The research will involve both field and lab mesocosm/microcosm studies of molecular-level changes in the oil components as the spilled oil reacts with algal and microbial exopolymers. The advanced instrumentation at ODU's COSMIC is specifically suited to provide the detailed chemistry needed for this."

As executive director of the Virginia Coastal Energy Resarch Consortium, Hatcher has led numerous studies of the alternative fuel potential of algae. These include his successful production of a substance similar to crude oil from a biopolymer in the algal cell wall.

Biopolymers are chains of molecules formed by organisms, such as amino acids that link up to form proteins. Exopolymers are biopolymers that are secreted by an organism into the environment, and in aquatic environments these secretions can form biofilms that protect bacteria colonies from environmental threats. The research Hatcher will be engaged in will test the possibility that exopolymers in the water can help with oil spill cleanups.

Together, the 12 research consortia that received GoMRI grants will conduct scientific studies of the impacts of oil, dispersed oil and dispersant on the Gulf of Mexico ecosystem and public health. These research investments focus on improving fundamental understanding of the implications of events such as the Macondo well blowout, and on developing improved spill mitigation, oil and gas detection, characterization and remediation technologies.

The consortia were chosen following a competitive, merit review process that evaluated research applications submitted to GoMRI in response to its RFP-IV program solicitation.

For the past several years, GoMRI has reached out to the public health research community. "It was clear that research on public health is needed," said Rita Colwell, chairman of the GoMRI Research Board. "I'm pleased that in this round of awards there are funds to study public health issues in the Gulf of Mexico region associated with the oil spill. We are also funding research focused on increasing our knowledge of the biology of the Gulf and the interaction of oil with the ecosystem."

This is the second round of funding provided by GoMRI to consortia - research groups consisting of a lead investigator and collaborators from four or more other institutions.

"A significant benefit of our prior support is increased collaboration among scientists and institutions across the Gulf. This round of funding will continue to build a research community focused on understanding the dynamics of the Gulf of Mexico ecosystem," said Colwell.

Forty-seven research proposals were received. Each proposal described how the consortium would operate and the kind of research it would conduct to increase scientific understanding of one or more of five research themes, which are:

GoMRI is a 10-year research initiative established in 2010 and funded by a $500 million commitment by BP. GoMRI is administered by an independent Research Board, which consists of 20 experts in science, research administration, and public health. The Research Board evaluates research proposals following merit review guidelines of the National Academies of Science and procedures similar to those of the U.S. National Science Foundation. All funding decisions are made by the Research Board, which is independent of BP and not connected to the Natural Resources Damage Assessment process.