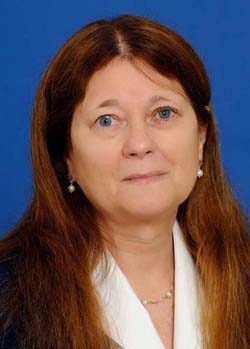 Hofmann has worked on various national and international committees and is currently co-editor-in-chief of the "Journal of Marine Systems." She has also served as a member of numerous National Research Council committees.

Hofmann has been a faculty member at ODU since 1989 and is recognized for work on coupled physical-biological models with research interests in the areas of understanding physical-biological interactions in marine ecosystems, climate control of diseases of marine shellfish populations, descriptive physical oceanography and mathematical modeling of marine ecosystems. She has also worked in a variety of marine environments, most recently several continental shelf regions around Antarctica and Delaware Bay.

Hofmann is also a member of American Society of Limnology and Oceanography, Society of Sigma Xi, Coastal and Estuarine Research Federation, and National Shellfisheries Association.