Xu to Expand Research Scope with BRAIN Grant from the NSF 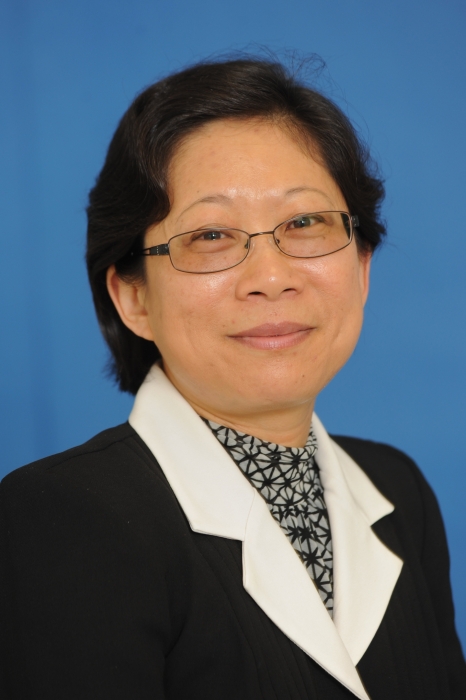 X. Nancy Xu, professor of chemistry and biochemistry at Old Dominion University, has been awarded one of 36 National Science Foundation (NSF) Early Concept Grants for Exploratory Research (EAGER) to support her work in the development of photostable nanoparticle imaging probes and sensors for the study of how individual neurons communicate.

The NSF will also highlight this award at the upcoming Society for Neuroscience Meeting in Washington, D.C., at a time when President Obama's recently announced Brain Research through Advancing Innovative Neurotechnologies (BRAIN) initiative is gaining momentum.

As announced by the White House (http://www.whitehouse.gov/share/brain-initiative), the president is directing new investments in the BRAIN Initiative - "a bold new research effort to revolutionize our understanding of the human mind and uncover new ways to treat, prevent, and cure brain disorders like Alzheimer's, schizophrenia, autism, epilepsy and traumatic brain injury."

In March, the NSF issued a national call for researchers to submit ideas for potentially ground-breaking new approaches to reveal how neuronal processes in the brain lead to complex behaviors in any organism. The agency reviewed the proposed ideas, then invited full proposal submissions, and finally made the funding decision, which included Xu's award. (See http://www.nsf.gov/news/news_summ.jsp?cntn_id=132371).

ODU is the only institution from Virginia to win one of the 36 awards that the NSF announced in August. Other awards went to universities and medical schools throughout the nation.

The investigators were selected because of promising research they are doing that could potentially transform our understanding of the brain. Each award of $300,000 will allow the investigators to hone ideas and add proof of concepts over the next two years. The EAGER grants will lead to much larger grants for the teams that come up with the most promising technologies.

"Dr. Xu and Old Dominion University are helping lead the way in President Obama's BRAIN initiative," said Morris Foster, the university's vice president for research. "ODU now has a strong cluster of BRAIN awards and we anticipate additional awards in the near future. Dr. Xu is an important leader in this emerging research area."

John Cooper, the chair of ODU's Department of Chemistry and Biochemistry, noted the cutting edge status of Xu's research. "The announcement today that the 2014 Nobel Prize in Chemistry will be awarded for the development of nanoscopy is confirmation of the importance of this field of study, and we are very excited that the National Science Foundation has recognized Dr. Xu's development of photostable optical nanoscopy as a promising approach for the BRAIN initiative."

In explaining how her research applies to the initiative, Xu pointed out that the human brain comprises about 85 billion neurons, which are not continuous. "Synapses enable neurons to communicate complex and specific commands with each other by passing specific electrical or chemical signals to another cell," she said. "Each synapse contains extensive arrays of molecular machinery that links the membranes of the coupled partner neurons, a wide variety of neurotransmitters and their receptors."

Xu added, "Current tools and neurotechnologies are unable to real-time detect, image and study these wide arrays of molecular machinery and multiple types of molecules simultaneously with sufficient spatial and temporal resolutions and over an extended period of time. The technologies that we have been developing in my laboratory at ODU can potentially offer such powerful capabilities."

Studies have shown that the strength of two connected neural pathways leads to the storage of information and memory. "Thus, it is essential to map these pathways in real-time at molecular resolution in order to understand how the synapse functions, and controls and regulates the brain functions. This is a bottom-up approach to fundamentally understand how brain functions at the molecular level," Xu said.

Building upon imaging technologies developed by her research group in the BRAIN project, Xu proposes to develop a novel imaging platform, including next-generation multicolored far-field photostable optical nanoscopy (PHOTON) with photostable multicolored single molecule nanoparticle optical biosensors (SMNOBS), and to use this imaging platform to catch individual synapses in action and understand how individual neurons communicate with each other in real time at molecular resolution.

Xu's research interest lies at the interface of chemistry, biology and engineering, and focuses on the development and deployment of nanobiotechnology including tiny nanoparticles, imaging tools and single molecule/nanoparticle optical spectroscopy for study of living cellular function. Her goal is to help develop early disease diagnoses and therapies. This latest recognition of her work by the NSF signals a new path for her into brain function research.

Applications for Xu's nanoparticle discoveries have included study of multidrug resistance, and characterization of rare subsets of single live cells and cellular functions in real time. Her work has been supported by several other high profile multi-million-dollar NSF and National Institutes of Health (NIH) grants over the years, including highly competitive NSF-NIRT and NIH R01 grants.

She has published widely, and her work has been recognized by her election in 2011 as a Fellow of the American Association for the Advancement of Science (AAAS). She received the ODU Faculty Research Achievement Award in 2010, the Nano 50 innovator award in 2008 and Nano 50 technology award in 2007.

"This new federal BRAIN initiative will impact a wide spectrum of research fields that everyone can relate to. I am very excited that we are among the very first researchers to be recognized and supported by NSF to engage such a leading research program," Xu said. "Even more exciting is that our graduate and undergraduate students will have the opportunity to engage in such a forefront research program at ODU, like those in highly selected major research institutions. I look forward to the work ahead."