ODU Student Demonstrates Another Side of Military Servicemembers in Ms. Veteran America Pageant 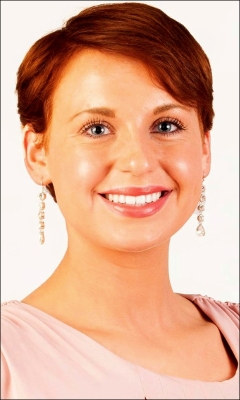 Grace Hendry is an Old Dominion University transfer freshman psychology student, a chaplain's assistant in the U.S. Army Reserve, with a goal of working with veterans with post-traumatic stress disorder when she graduates.

In addition to her desire to serve, Hendry is also poised, graceful and beautiful. For all of those attributes, Hendry has been selected as a finalist in the Ms. Veteran America pageant this weekend in the Washington, D.C. area.

The nationwide pageant is designed to showcase "the woman beyond the uniform," and contestants are judged on four areas: beauty, grace, poise, and service.

It differs from a beauty pageant in the aspect that the event is solely to raise money for homeless female veterans. Final Salute, Inc, the beneficiary, is a non-profit that provides housing and assistance for the veterans.

"It is an incredible honor to be one of the finalists in this competition, especially since Ms. Veteran America brings together incredible women from across the country to promote such a good cause," said Hendry, who is from Bedford, Virginia, and has two brothers in the armed forces.

On campus, Grace is involved in Army ROTC, The Joint Military Honors Choir, and works at the Military Connection Center through the Veterans-Affairs work-study program. After graduating from ODU, Hendry plans to get her master's degree in social work.

"She is very confident, and has become involved in a wide variety of activities that show her concern for our nation and the people serving in our military. Even though she is just starting at ODU, she has already established herself as someone who knows what it means to serve and is making a difference for many people. I cannot imagine what she will be able to accomplish in her future."

The finals of the Ms. Veteran America pageant will be held Sunday, Oct. 12 at the National Conference Center in Leesburg.

The grand winner of Ms. Veteran America will receive $15,000 of scholarship money when she is crowned, and will travel the country raising awareness about the thousands of female veterans that are homeless, many with children.

Anyone can participate in the competition by voting for their favorite candidate. Supporters of Grace Hendry can donate in her name to help keep homeless female veterans in their homes HERE. They can also tweet support for her at @graceh4mva2014 or like her page on Facebook HERE.