J Lab Research: Neutrons, Protons Can Act Like Girls and Boys at the ‘Hop’ 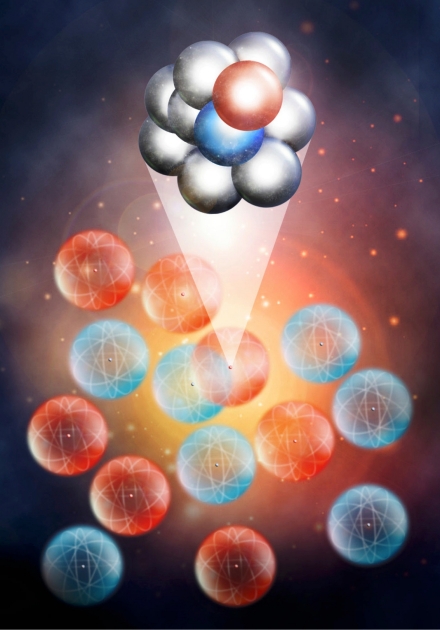 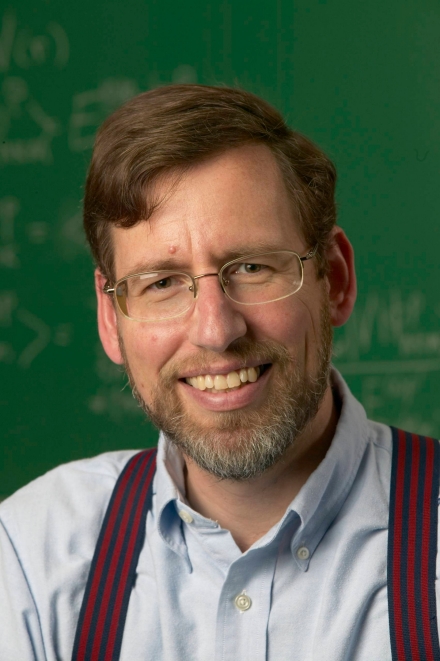 A team of researchers working at the Thomas Jefferson National Accelerator Facility in Newport News, including eight with ties to Old Dominion University, report in Science magazine that they have detected new momentum characteristics of certain sub-nuclear particles that remind them of what might happen when girls outnumber boys at a sock hop.

Lawrence Weinstein, Eminent Scholar and University Professor of Physics at ODU, is one of the lead authors of the article, "Momentum Sharing in Imbalanced Fermi Systems."

The fact that the researchers' findings are published by the prestigious magazine Science indicates the import of their discovery. (The results will be published online by the journal Science, on the Science Express website: http://www.sciencexpress.org/) Still, it may be difficult for the layman to understand how previously unmeasured momentum changes among fermions (protons and neutrons) inside the nucleus of atoms could draw so much attention.

If protons and neutrons did not interact inside the nucleus, a tenet of quantum mechanics called the Pauli exclusion principal (two particles of the same type cannot be in the same place at the same time with the same momentum) would force the majority fermions (usually neutrons) to higher average momentum.

The researchers already knew that interactions between fermions formed correlated high-momentum neutron-proton pairs in nuclei with equal numbers of protons and neutrons (i.e., that protons prefer to pair up with neutrons). But the researchers' new high-energy electron scattering measurements using Jefferson Lab's CEBAF Large Acceptance Spectrometer (CLAS) showed that this preference persisted in nuclei with more neutrons than protons. In these nuclei, each proton gets more action in these high-momentum pairs and therefore the protons could have a higher relative momentum.

This is where the sock-hop comes in.

He suggests that the readers of this Science article imagine a dance for which a great many girls show up, but rather few boys. In this case, the girls would represent the neutrons and the boys the protons; if neither group danced, the larger number of girls milling about on their side of the room would suggest that the girls have more average momentum. But once the two genders start interacting - pairing up to dance -- each boy would stay busy dancing, yet some of the girls would always be on the sidelines. The boys, therefore, could easily have a higher average momentum.

So what does this mean for nuclear physics?

"This is an extraordinary result. By measuring how protons and neutrons pair up in nuclei with more neutrons than protons, we can learn more about quantum systems ranging from quarks, to ultra-cold atomic gases, to neutron stars," Weinstein said.

Every clue that scientists come up with to explain the quantum quirkiness of the nuclei is valuable - another step toward understanding the fundamental nature of matter. For example, this momentum sharing could modify the distribution of up- and down-quarks within nuclei, and help explain results of atom-smashing experiments that disagree with the current Standard Model of nuclear physics. This sharing may also provide clues, via something called the nuclear symmetry energy (i.e., energy sharing in nuclei), to the structure of neutron stars, which have far more neutrons than protons and are so dense that one speck of them would weigh as much as a Boeing 747.