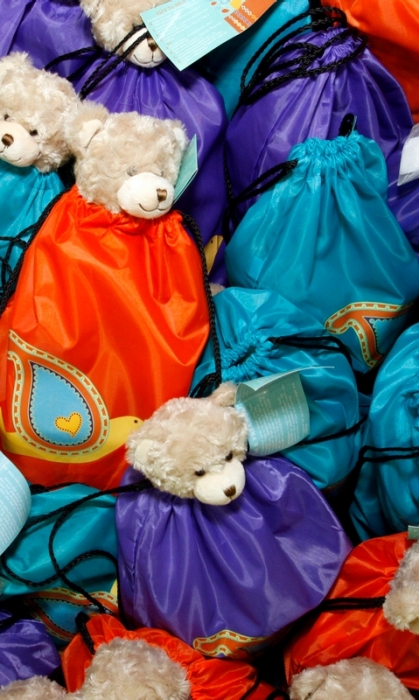 Old Dominion University, in conjunction with the upcoming public service week, will join with the non-profit organization Fear 2 Freedom on Oct. 28 to assemble sexual abuse recovery kits to be distributed at Sentara Norfolk General Hospital.

On the Old Dominion side, the partnership with Fear 2 Freedom is being led by First Lady Kate Broderick and La Wanza Lett-Brewington, director of the university's Women's Center. The "Celebration Night" event is expected to draw about 300 students to assemble F2F Kits which are designed to meet the immediate physical, emotional and psychological needs of those affected by sexual assault. It will be held at 3 p.m. in the North Cafeteria of the Webb Student Center and last approximately two hours.

During the event, students will assemble the kits, each of which includes a personal note from the volunteer who put the package together. Two minutes of silence will also be observed during the event to represent the statistic that a sexual assault occurs every two minutes in the United States. Finally, the completed kits will be taken to the YWCA and Help Emergency Response Inc. (H.E.R.) shelters for future hospital distribution.

The packages, which are described by the organization as a "a medical kit for the heart," are meant for distribution to sexual assault victims who have to undergo a PERK examination, during which time their clothing is taken for forensic evidence. Each of the child and adult-specific kits include: a t-shirt and sweatpants, underwear, toiletries and the personal note of support as well as other items such as a "Freedom Bear," storybook, journal or toy and a list of community resources.

"At Old Dominion, we have zero tolerance for sexual assault so this partnership with Fear 2 Freedom is an important opportunity to come together as a community and support victims during a most-critical time of need," Kate Broderick said. "I can think of no better way to show how much we care, in the face of a crisis no one should ever have to experience, than by providing some degree of comfort and normalcy as they embark on a difficult road to recovery."

In the last 3 years, Fear 2 Freedom has delivered 6,000 F2F Kits to women and children affected by sexual abuse and currently have 12 university-hospital partnerships across Virginia. This year, Fear 2 Freedom is introducing its national campaign to make F2F Kits available to hospitals across the country.

"A critical answer to ending sexual assault on college campuses is to educate students on the effects, repercussions and the lifetime impact that sexual assault has on the victim," said Trible, the wife of former U.S. Senator and current President of Christopher Newport University Paul Trible Jr.

For more information about the organization, visit the Fear 2 Freedom website. To RSVP for the Oct. 28 event, go here or call the ODU Women's Center at 757-683-4109. Information about sexual assault prevention and available resources can be found at the ODU S.A.F.E. Program website.