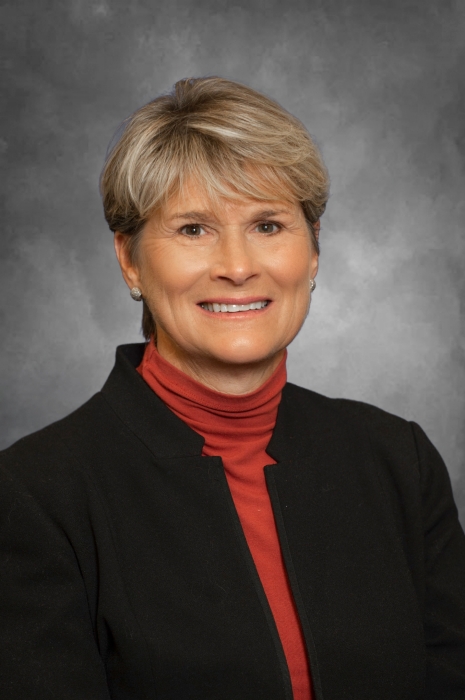 Carolyn Rutledge, director of the Old Dominion University Doctor of Nursing Practice Program, has been selected as a recipient of a 2014 Virginia Outstanding Faculty Award from the State Council of Higher Education for Virginia (SCHEV). Rutledge is the 27th faculty member from ODU to be honored with the award.

The awards have been given annually since the program was created in 1986 by the governor and General Assembly. They are intended to recognize "excellence in teaching, research and service among the faculties of Virginia's public and private colleges and universities," according to SCHEV.

The 2014 Outstanding Faculty Award recipients will be honored at an awards ceremony and luncheon at the Jefferson Hotel, in Richmond, on Feb. 20. Prior to the event, this year's 12 statewide award winners will be introduced on the floor of the Virginia General Assembly.

Outstanding Faculty Award nominees must possess a "record of superior accomplishment" that reflects their corresponding institution's mission and that encompasses four areas of scholarly endeavor: teaching, discovery, integration of knowledge and service.

For 25 years, Rutledge has actively provided education, research and service in health care with a focus on improving care afforded to the underserved and disadvantaged populations in Virginia. She has been instrumental in the development of programs that focus on cultural diversity, emerging health care technology, interprofessional education, simulated patient experiences and distance learning, while actively pursuing and obtaining grant funding to provide disadvantaged students with the means to pursue educational opportunities.

"Old Dominion University has long had its educational foundation anchored in forward-looking research activities and a focus on service learning. Carolyn Rutledge upholds that mission while exemplifying the nurturing characteristics inherent among our high-quality faculty," said ODU President John R. Broderick. "This award provides well-deserved formal recognition of Dr. Rutledge's innovative and empowering approach to teaching in the 21st century."

In the "personal statement" portion of her nomination packet, Rutledge wrote: "The United States is facing an overwhelming health care crisis that affects each and every citizen. The greatest impact occurs to those in the rural and underserved regions of our country. All too often, these individuals are faced with limited access to providers, often resulting in poor health outcomes. Our rural citizens suffer to a much greater extent from chronic illness such as diabetes, hypertension and kidney failure; childhood obesity resulting in diseases previously only found in adults; and infant mortality and morbidity. This is a travesty especially in a country that spends more money than any other nation on health care. In fact, the health status of our citizens is rated as the poorest among industrialized nations. My mission as an educator, scholar and clinician is to address this crisis."