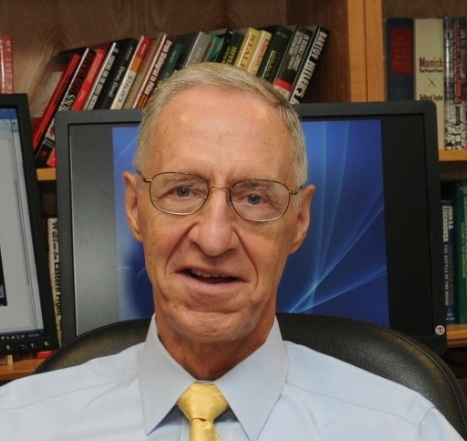 Old Dominion University's 14th annual State of the Region report, which examines a wide array of Hampton Roads issues, will be unveiled at a breakfast Tuesday, Oct. 1, hosted by Lead Hampton Roads.

James V. Koch, Board of Visitors Professor of Economics and President Emeritus, serves as editor of the State of the Region report, which receives financial support from ODU and a number of local organizations and individuals. The report is published by the university's Regional Studies Institute and will be released Oct. 2.

The 2013 report focuses on the region's "Big Three" of defense, the port and tourism, as well as provides an analysis of the housing market, discusses the economic impact of coal and suggests economic development strategies. Koch notes that the report does not constitute an official viewpoint of the university.

He will speak about the report at two functions in Hampton Roads - at 7:45 a.m. Tuesday, Oct. 1, at the Norfolk Waterside Marriott, and 7:45 a.m. Friday, Oct. 4, at the Newport News Marriott at City Center. Tickets are $30 for Lead Hampton Roads alumni and $40 for the general public. All who attend will receive a copy of this year's report. To register for either event, see the Lead Hampton Roads State of the Region page HERE.

In addition to covering the state of the regional economy, and the impact of sequestration, this year's report includes chapters on the following topics:

Previous State of the Region reports may be found at www.odu.edu/forecasting and www.jamesvkoch.com. Single paper copies may be purchased for $25. For more information contact Koch at 683-3458 or jkoch@odu.edu.