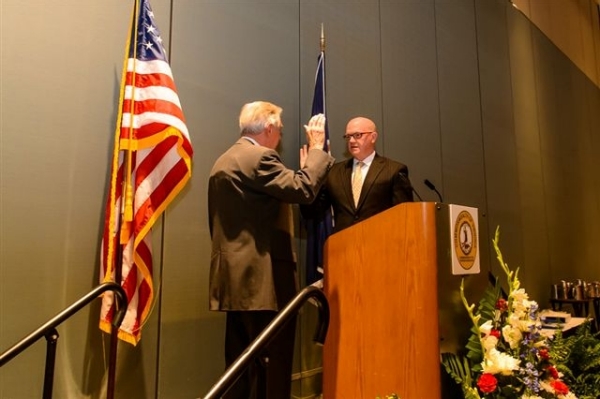 Former rector of the Old Dominion University Board of Visitors Ross Mugler was recently elected president of the Virginia Commissioners of the Revenue Association at its annual conference in Hampton.

Mugler has served as commissioner of the revenue for the city of Hampton since 1992. The ODU Board of Visitors elected him rector in 2008.

He received a bachelor's degree in business administration from ODU in 1984 and a Master of Public Administration degree in 2003. and is a certified Master Commissioner of the Revenue through the Weldon Cooper Center at the University of Virginia. Mugler is also a graduate of the Civic Institute of Hampton Roads.