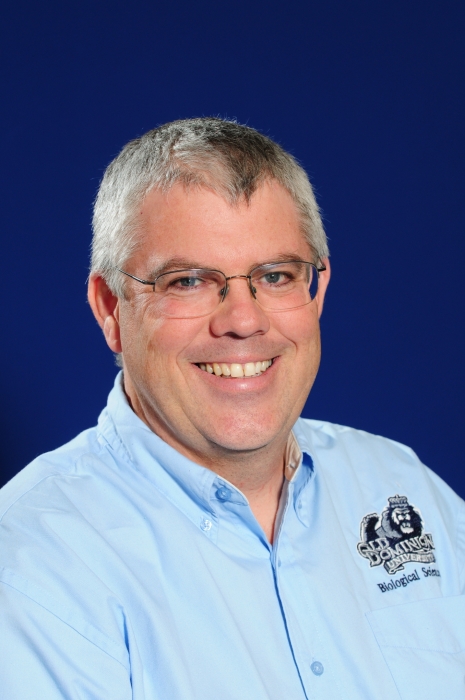 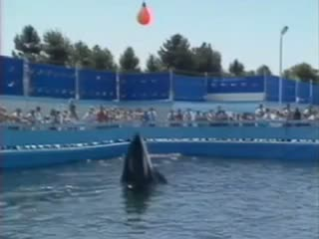 Eric Walters, a biology faculty member at Old Dominion University, has personal reasons to be interested in the waves generated this summer by the documentary film "Blackfish," a heart-tugging expose about killer whales - also called orcas - that are kept in captivity at marine amusement parks.

First of all, Walters appears in the documentary. He is seen in an interview shot expressly for the film and in a clip of him getting a "kiss" in the late 1980s from Tilikum, perhaps the best known, and most notorious, orca in captivity. Tilikum now is the star of a show at SeaWorld in Orlando.

Also, the documentary is cathartic for Walters, who endured severe criticism and death threats in the early 1990s after he publicly criticized marine park practices that he believed were harmful to orcas and could lead them to behave dangerously. A paper he contributed to a whales-in-captivity symposium in 1990 concluded, "I feel that sooner or later someone is going to get seriously hurt."

The six-ton Tilikum, the world's largest orca performing today at a marine amusement park, made headlines in 2010 after it snagged trainer Dawn Brancheau and pulled her deep into a SeaWorld pool to her death. But Brancheau wasn't the first person to die in an incident involving Tilikum, and those deaths may not have happened if marine park operators and government regulators had acted on those warnings that Walters put in writing more than 20 years ago.

Tilikum was captured by professional orca traders when he was a juvenile in waters near Iceland and sold to the operators of Sealand of the Pacific, a marine amusement park in Victoria, British Columbia. Walters, a college student at the time working on a bachelor's degree in biology at the University of Victoria, took a job in 1987 at Sealand and became one of Tilikum's first trainers and caretakers.

At the time, there were two other orcas at Sealand, females named Nootka and Haida. "But Tilikum was our favorite. He was youthful and energetic," Walters remembers. "He loved to learn, and he always seemed attentive and inquisitive."

Still, Walters said he and other trainers were fearful of falling into the pool with the orcas. "We knew that when novel objects such as a camera, a kid's toy or even a dead bird ended up in the pool, the whales would take the objects to the center of the pool and not allow them to be retrieved," he said. For a trainer who accidentally fell in, this rowdy activity of the orcas could easily lead to drowning.

Even before he joined the Sealand staff, Walters had begun to study killer whales in their native habitat. "I worked as a whale researcher from 1986 to 1992 studying foraging behavior in killer whales. I also worked as a whale-watching naturalist full time for several years. I took tourists out to learn more about wild killer whales and I photodocumented changes in the killer whale population off the western coast of Canada," he explained.

Walters said the Sealand trainers urged the facility's top administrators to invest in a training program that would "desensitize" orcas to humans in the pool. There are ways to train orcas to accept humans in the water as a commonplace and not as a novelty that excites them. But the Sealand bosses, he said, did not want to invest in this training. Nor did they want to make facility improvements that would make it less likely that a trainer would fall in.

In 1991, Walters' prediction came true; a young trainer, Keltie Lee Byrne, fell into the pool at Sealand with Tilikum, Nootka and Haida. Before she could be pulled out, the orcas nudged her to the middle of the pool and began playing with her as if she were a toy. Though a strong swimmer, she drowned within 10 minutes.

That incident was less than a year after Walters had first publically criticized Sealand, and about two years after he had resigned from the park because of his differences with the facility's management. A legal inquest found that the orcas had prevented Byrne from getting out of the pool and ruled her drowning death an accident.

Walters provided a written critique of Sealand practices for the inquest panel, recounting the two times while he was working there that he rescued other trainers who had fallen into the orca pool. He also pointed out the lack of safety training for the Sealand staff, dangerous poolside practices for staff and park visitors, and concessions to profitmaking that led to poor treatment of the orcas.

In that critique for the inquest, Walters quoted from a training handbook that was obtained from, but not followed by, Sealand management: "Like people, trained animals become quickly bored with a daily routine which has too little variety. The element of change must be constantly present, from the first feeding of the day to the last performance. If you fail to provide your animals with the excitement they need, you may be certain they will create the excitement for themselves." Walters believes financial incentives to pack the day with shows every hour on the hour caused Sealand management to avoid down time during which the orcas could be taught new behaviors and given new stimulation.

He was also asked to appear as an expert witness before the Byrne inquest panel, and his story became front-page news in Canada. "I received death threats and intimidating phone calls in an attempt to stop me from testifying," he said. "I was threatened by the owner of Sealand with a defamation lawsuit. This was a lot to swallow as a young, 25-year-old biologist who just wanted to speak up for the animals and the care they were not receiving."

Interestingly, Waters notes, he did not in any of his writings or oral testimony call for a ban on keeping marine mammals in captivity. In the paper he sent to the Canadian Federation of Humane Societies symposium in 1990, he wrote, "I resigned because of differences of opinion from Sealand management concerning the manner in which the facility was managed. I did not leave on bad terms and this statement is not meant to be a malicious or slanderous attack against the facility. Rather, I am coming forth with this information in the hope that it assists in making better, more informed, decisions about how marine mammals are kept in aquaria."

"Blackfish," the documentary by Gabriela Cowperthwaite that was released this summer, claims that captivity traumatizes orcas. It recounts the four human deaths that have been recorded involving orcas.

Walters, an assistant professor of biological sciences who joined ODU in 2011, received his bachelor's and master's degrees in biology in 1990 and 1997, respectively, from the University of Victoria. His Ph.D. in ecology and evolution is from Florida State University in 2004.