ODU’s Wittkower to Discuss Social Media on ‘With Good Reason’ 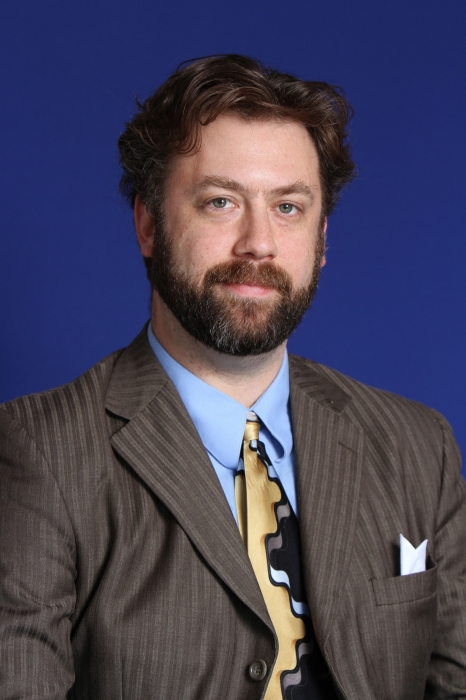 D.E. Wittkower, assistant professor of philosophy at Old Dominion University, will be featured on the public radio show "With Good Reason," to be broadcast around the state next week.

The hourlong show, produced by the Virginia Foundation for the Humanities, will air at 1:30 p.m. Thursday, Oct. 3, on WHRV-FM 89.5 in Hampton Roads. "With Good Reason" spotlights the achievements of Virginia public universities in scholarly research and innovation.

Wittkower, editor of the book "Philosophy and Facebook," will discuss the many changes brought about by social media. In the age of Facebook, he notes, "friend" is now a verb. Despite the change in the concept of Facebook, Wittkower says social media sites can help facilitate ties between people, about things as everyday as what people are having for lunch.

An active Facebook user himself, both personally and professionally, Wittkower has posted the mantra of French existentialist Paul Sartre on his Facebook wall, that the meaning of our lives is up to us to create, which is both liberating and terrifying.

The "With Good Reason" show also features Frances Flannery of James Madison University, speaking about the challenges posed to society by terrorists inspired by the apocalyptic idea of the "end of days." The long-term solution to such destructive thinking involves society engaging in far-reaching counter-cultural terrorism, Flannery says.

Audio files of the full program and its companion news feature will be posted the week of the show to the "With Good Reason" website: http://withgoodreasonradio.org/2013/09/friend-is-a-verb/.

Wittkower, who joined the ODU faculty in 2011 as an assistant professor of philosophy, is the author of "The Philosopher's Book of Questions and Answers," released in May and published by Adams Media. The book encourages readers to think about everyday questions through a theoretical philosophy framework.

Faculty members are encouraged to join the "With Good Reason" Facebook page, http://www.facebook.com/pages/With-Good-Reason-radio/203141233005, or subscribe to the show's podcast, www.tinyurl.com/wgrpodcast.

Audio files of the full program and its companion news feature will be posted Friday to the Virginia Foundation for the Humanities website, at www.virginiahumanities.org.