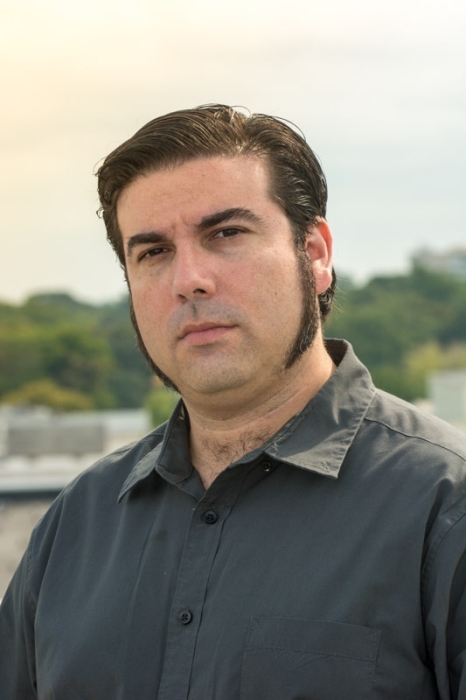 The Old Dominion University Institute of Humanities has a new director with a vision that sees the master's degree program developing a unique identity that fosters community engagement and service.

Avi Santo, an associate professor of communication at ODU since 2006, assumed the institute's leadership role after former director Jeffrey P. Jones left this summer to become director of the University of Georgia's George Foster Peabody Awards. Santo holds master's and doctoral degrees from the Department of Radio, Television and Film at the University of Texas at Austin.

Santo specializes in the study of licensing and merchandising of products within the media industry and recently finished a book titled "Selling the Silver Bullet," a history of the Lone Ranger as intellectual property. It is expected to be published next fall.

"I'm interested in how, ultimately, intellectual property becomes cultural commodities - how they sort of enter into our daily lives and become meaningful through tangible products," he said.

At ODU, Santo was a co-creator, in 2006, of MediaCommons: A Digital Scholarly Network, which serves as a digital publishing platform - offering numerous opportunities for graduate student involvement - and is supported by grants from the National Endowment for the Humanities, the John D. and Catherine T. MacArthur Foundation and the Andrew W. Mellon Foundation. He has been affiliated with the Institute of Humanities - serving as an interim director, teaching classes and directing student thesis and capstone projects - since 2007.

"I'm very familiar with the student population that we have here," Santo said. "In some way, this transition made a lot of sense. I'm very grateful the dean (of the College of Arts and Letters) saw it similarly."

The ODU Institute of Humanities administers the master's program in the humanities offered by the College of Arts and Letters. The program emphasizes interdisciplinary studies, cultural studies and critical theory, while allowing students to pursue individualized programs of study that incorporate work from varying humanities disciplines.

But it is much more than that.

"The strength of the program is it is interdisciplinary," Santo said. "Students are able to create their own curriculum by picking and choosing classes across the college that are complemented by a handful of core classes in the humanities."

Santo explained that the humanities is a very broad concept typically associated with high art and culture - such things as museums and the opera, for example. While ODU's program is geared toward those subject areas, the institute's approach also puts high value on the study of popular culture.

"We're interested in questions of citizenship formation and how arts and culture can help communities in fostering critical dialogue and shining a light on marginalized communities and their cultural practices to help give a better understanding how community functions," he said.

Santo said the Humanities Institute is undergoing a significant change to strengthen its unique identity and address a climate where most students in the master's program are there because a specific degree is not offered in their area of interest.

"One of the things I'm trying to do is help the institute develop a unique identity for itself so that the students that are coming in to us really see the humanities aspect of it being central to their experience," Santo said.

To achieve that goal, Santo said the institute is developing two areas of focalization that will serve as "thematic anchors": digital humanities, involving digital media and technologies and how people interact with these interfaces; and humanities in Hampton Roads, with a focus on how issues of art, culture and philosophy apply in the region and how community involvement can grow through activities such as research, service learning and community activism.

Students are going to be asked to take these focus areas into their classrooms and come back at certain intervals during the semester to talk about how the various classes they are attending and material they are learning can be applied in these specific directions, Santo said. He added that the areas of focalization are intended to allow students to share something in common without necessarily interfering with their ability to create their own curriculum.

"A lot of the goal is for us to be out in the Hampton Roads community more and developing a series of initiatives or programs that are designed to foster greater dialogue at ODU and in the community," Santo said. "ODU has been vested in identifying itself as the premier university in Hampton Roads and we should be the go-to university for events that are central to what makes this area unique. I think we can participate in that in various facets, but in particular by thinking about the arts and culture as a kind of outlet for community engagement, dialogue and things of that nature."

One initiative that exemplifies that focus is the Institute of Humanities colloquium series, which is held one Friday each month from 3-5 p.m. Previously, the informal presentations and Q&A sessions that feature ODU faculty members and guests from outside the university were open only to ODU students, faculty and staff, but now the general public is also invited to attend.

For more information about the colloquium series, contact Stacey Parks at sparks@odu.edu. To learn more about the master's program, visit the ODU Institute of the Humanities website.