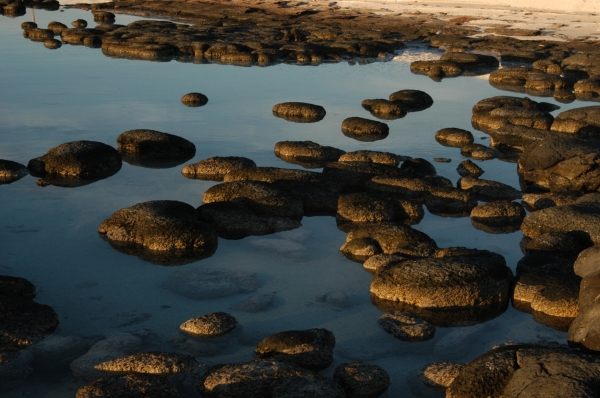 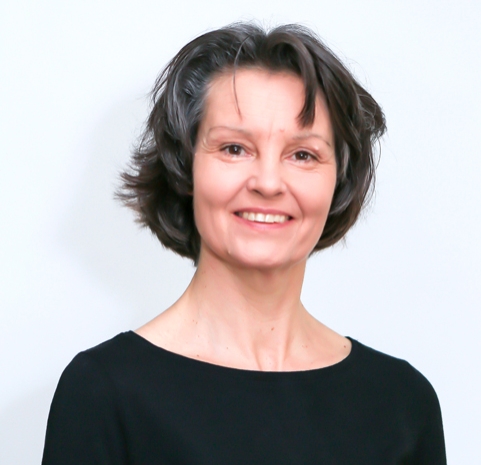 In an invited article published in the September issue of the Geological Society of America's journal, GSA Today, Noffke and renowned scientist Stanley Awramik review microbially induced sedimentary structures (MISS) and their taxonomic affiliation with stromatolites.

Co-author Awramik, a faculty member in the Department of Earth Sciences at the University of California, Santa Barbara, is an authority on stromatolites. Stromatolites often look like head-shaped boulders and are today found in hypersaline ocean waters. The stromatolites are stacks of many layers, each composed of fossil microorganisms and their extracellular secretions. Carbonate precipitation that takes place during the life time of a stromatolite is essential to the building process.

For decades now, scientific findings have promoted stromatolites as fossilized evidence of the microscopic first life on Earth. But Noffke's research over the past 15 years has opened a new avenue in the study of early life by focusing on rocks that do not derive from carbonate precipitation. "The signal of early life forms has been preserved more clearly in MISS," she said.

MISS are preserved in rock where ancient seacoasts existed. The structures were created on tidal flats and shallow shelves by mats of microorganism colonies. By moving through the sandy sediment, the communities of microorganisms left traces behind similar to traces left by a worm bulldozing through sand. The traces - preserved as sedimentary structures - allow conclusions on the biology of the producing microorganisms, and, therefore, on the biological taxonomic position of the microbes.

"In paleontology-geobiology, fossils and trace fossils are classified into species, genera, families, etc. as living organisms are in biology. This article reviews our research that has detected and defined a new group of organisms," Noffke explained. "The new organismic group includes 17 species arranged into 5 genera."

In 2007, Noffke was elected a Fellow of the GSA in recognition of her research establishing MISS as evidence of the earliest life on Earth. She also won the 2007 James Lee Wilson Award of the Society of Sedimentary Geologists, which is given annually to recognize international excellence in marine geology by a young scientist. In 2010, her work was recognized with the GSA Geobiology Division Award for Outstanding Contribution in Geobiology.

Her research in Australia and South Africa has turned up geological samples supporting her case that the microbial mats we see today covering tidal flats were also present as life was beginning on Earth. The mats, which are woven of cyanobacteria, cause MISS in the sand beneath them. Noffke's 17 main groups of MISS occur not only today but corresponding structures were found in all geological formations dating back through the Earth ages. The structures - due to their high age - might also provide scientists with clues about geologic evidence of microbial life that exists, or might have existed, on Mars.

Noffke, an associate professor in ODU's Department of Ocean, Earth and Atmospheric Sciences, joined the university's faculty in 2001. The article she co-wrote, "Stromatolites and MISS - Differences between Relatives," appears in a special 125th GSA anniversary of GSA Today.