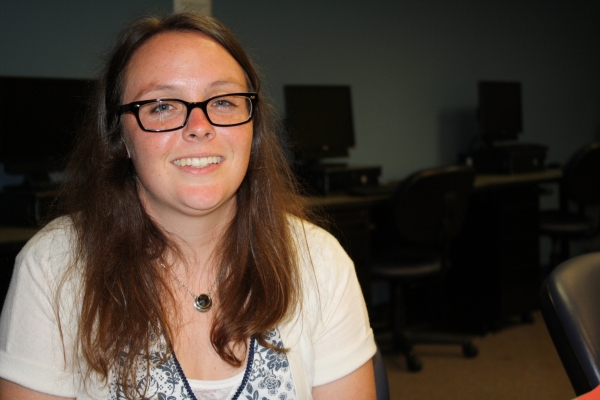 But it won't likely be an easy sell for professionals in a field that is long on maintaining traditional parameters and short on embracing change.

Second Life is a "3-D online virtual world" that defies easy characterization. Lacking universal objectives and goals, it technically is not a game, although games exist within Second Life. It is also a social media platform but, apparently, much more than that, as well.

"No matter what you call it - a game, not a game, waste of time - Second Life is not a passing fad," NBC News' games editor recently wrote, in a piece titled: 'If Second Life isn't a game, what is it?' "Universities and serious research organizations are using the simulated environment to perform inexpensive experiments. Some believe the future of work will be modeled after Second Life, with avatars from far-flung locales meeting up in a virtual world to make real-world decisions. Lofty plans, big ideas."

As Lubas sees it, there is great potential to embed beneficial human services within the virtual landscape.

By trade, Lubas is a professional social worker who earned a bachelor's degree from York College in 2006 and a master's from Catholic University, in Washington, D.C., in 2009. She is currently at ODU pursuing a Ph.D. in health sciences research with a cognate in modeling and simulation under the direction of Associate Professor Gianluca De Leo.

Lubas was a social worker for seven years - working most recently at a hospice in Chesapeake and as director of a grief and loss center for children in Pennsylvania prior to that - before enrolling full time at ODU, where she is currently in her second year of a modeling and simulation fellowship.

After coming to ODU and discovering the M&S program and hearing De Leo speak, Lubas said, "I thought it could be a really great opportunity to diversify some of my skills. There is a really big push and need for interdisciplinary research. I don't claim to be an expert on anything in modeling and simulation - it is very complex but the classes in modeling and simulation gave me enough background to understand the opportunity. As a social worker, I love being able to contribute to some of the processes and things like that. Dr. De Leo and I operate in two different thinking systems."

It was during conversations with De Leo that the idea of using Second Life as a grief counseling platform first came up. Lubas said De Leo thought it sounded like a great idea, but she had reservations.

"I said, 'professionals aren't going to like that,'" Lubas recalled. "I don't think professionals like these online groups. We just kept going back and forth about why."

During her research into the topic, Lubas found surveys of mental health professionals - one had 2,000 participants - and "everybody was saying these in-person, face-to-face services were better than online services," she said. "The research doesn't show that, though. The ones that actually compare services show that they're really equivalent in the benefit they can give patients and clients. But professionals' perception of them is kind of a big barrier."

Because available research, and existing surveys, didn't specifically include Second Life as an online counseling option, Lubas recently conducted her own survey of professional social workers to gauge their perceptions and gather information she will need to put together a grant proposal.

Out of 100 emails - two were sent to professional social workers in each state - Lubas received 64 responses. She said the responses were "fairly typical" in that most favored face-to-face groups. But one thing was really interesting, she said: "Sixty-two percent of respondents said they would be willing to refer clients to an online group, with 40 percent specifying groups run by licensed professionals. Only 11 percent - seven respondents - had heard of Second Life, she said.

"It was interesting that they believed in-person groups were so much better, but acknowledged there was still a need out there - I think, an unmet need," Lubas said. "The feedback was really interesting. People would call and email. They wanted to tell me what they thought. I thought that was really cool. People wanted to tell you how much they hated online services and people shouldn't be doing it. But, they also wanted to ask questions - 'What do you mean by online?' Now we have webcams, avatars. It is interesting to see the barrier break down a little bit, just in conversations with professionals."

Lubas said the "big scheme idea" depends on funding and there isn't a lot available specifically for grief-oriented topics. She is looking at the possibility of applying, together with De Leo, for National Institutes of Health funding, possibly for a pilot study, or a student-based research grant.

Support groups have previously been conducted in Second Life, Lubas said, but in those cases it was not clear who was running the group and little if any research is available. For her idea to work, Lubas said clients would need to be screened and referred by a local agency.

"They would have to go through a physical referral. That's a big safety component. It gets to people being honest with all of their information and things like that," she said. "It also gets at whether someone is stable enough to be in a group. Is it for everybody? Not every person is a good group member, either for themselves or the whole group."