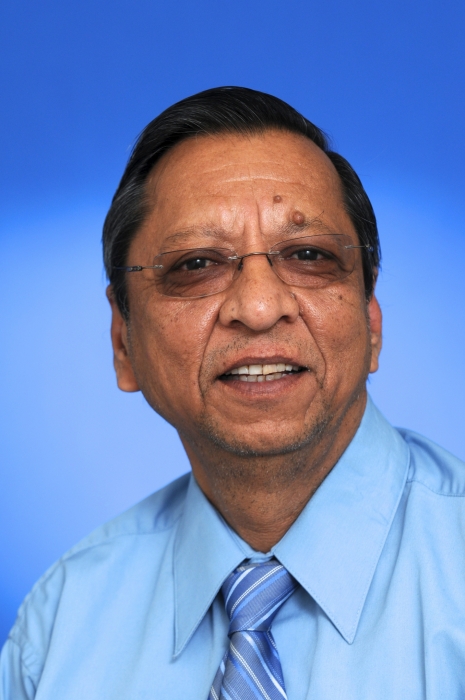 Produced by Vinod Agarwal and Gary Wagner, professors of economics in ODU's College of Business and Public Administration, the forecast is widely respected as an accurate predictor of the region's economic performance.

In the latest forecast, published Aug. 22, a slight increase in the annual estimated growth for the region is predicted.

The forecast is as follows:

For Hampton Roads, due to sequestration and the region's heavy dependence on the Department of Defense, we now expect Real Gross Regional Product to grow by about 1 percent in 2013. Our original estimate of the impact of sequestration was that it could cost the region about 17,000 jobs in 2013. However, Congress and the executive branch reduced the impact of sequestration on defense spending and granted many federal agencies spending flexibility so that they could prioritize their cuts. The combination of these two adjustments has been quite beneficial to our region. We now expect reduced federal expenditures in Hampton Roads because of sequestration to cost the region at most 4,000 jobs in 2013.

Notwithstanding sequestration and resulting cuts in Department of Defense spending, year-to-date economic data through June 2013 for Hampton Roads show surprisingly a strong improvement in the labor market. The regional economy had about 12,000 more jobs, an increase of 1.6 percent, in the first half of 2013 compared to the same time period in 2012. Further, seasonally adjusted data also show that since December 2012, the Hampton Roads economy has added 2,400 jobs or 400 jobs per month. Preliminary estimates provided by BLS show that the region added another 4,800 jobs during July 2013.
In addition, the unemployment rate has declined from 6.8 percent to 6.1 percent during the first half of 2013, when compared with the first half of 2012.

Sequestration and the resulting decreases in travel by federal employees, especially military personnel and defense contractors, have had a negative effect on the performance of the hotel industry. Hotel revenues decreased by 2.7 percent during the first six months of 2013 compared to the same time period in 2012.

Improvements in the national economy and its effect on the regional economy can be seen in the performance of the port activity. During the first six months of 2013, cargo tonnage and 20-foot equivalent units (TEU) at the port of Hampton Roads increased by 5.5 percent and 6 percent, respectively, when compared to the same time period in 2012. Finally, value of 1 unit residential building permits saw an increase of 34.9 percent during the first half of 2013.

Employment is expected to increase in the third quarter at a slightly higher rate compared to the growth observed for the first half of 2013. Employment growth is likely to be concentrated in construction, professional and business services, and health care services. The region's unemployment rate will continue to fall and remain considerably below the national level.

As the regional economy continues to recover, we expect that taxable sales will increase at a modest pace.

An anticipated recovery in the national and tourist market areas' economy should lead to an increase in hotel revenue for the third quarter. However, sequestration and continuing reduction in travel by federal government employees will continue to have a negative impact on this industry.

The strong performance of the port during the first six months of 2013, during which cargo tonnage increased by 5.5 percent, provides good news for the region's economy. We expect this trend in cargo tonnage to continue during the third quarter, but at a much lower rate.

The number of housing permits issued for 1-unit residential homes during the half of 2013 increased by 25.7 percent compared to the first half in 2012, and the value of these permits increased by 34.9 percent. This growth is indicative of the builders' confidence in the regional economy as well as a substantial reduction in the inventory of existing homes available for sale. We expect that the value of these permits will continue to increase during the third quarter.

Hampton Roads' existing residential housing market has been improving since April 2012. All indicators point to a continued improvement in this market for the third quarter of 2013. These include: a rising volume of sales, a smaller inventory of existing homes in the market, a decrease in number of days on the market and historically low mortgage rates. Measures of supply and demand indicate that it will take approximately 6.4 months to clear the existing inventory based on the current absorption rate, which is quite close to the normal time period for the local residential market.

However, we continue to be concerned with the volume of distressed homes in the local residential market. Distressed homes, whether measured in sales as a proportion of all existing homes sold or measured in listings as a proportion as listing of existing homes currently on the market, continue to represent a significant proportion (between a fourth and a fifth) of the residential market activity.

Although mortgage interest rates are at historically low levels and household income in the region is recovering, relatively tight home loan requirements, and a large proportion of distressed market activity are all likely to lead to a continuing moderate recovery in Hampton Roads home prices during the third quarter.