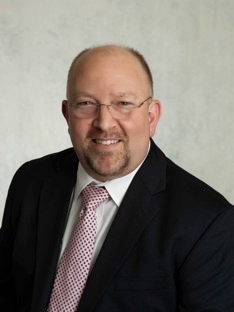 Barry Ezell, chief scientist and research associate professor at Old Dominion University's Virginia Modeling, Analysis and Simulation Center (VMASC), has been elected president of the Security Analysis and Risk Management Association (SARMA). He will serve a one-year term as president.

Ezell, a former Army officer whose modeling and simulation specialization centers on the area of risk management, was elected to lead the national organization on May 29.

Ezell has more than two decades of experience in military decision making, operations research and risk analysis in the U.S. Department of Defense and Department of Homeland Security.

He is one of a number of ODU researchers who have been looking at the issue of cyber security for several years. Last October, VMASC hosted and co-sponsored the 12th annual ICS (Industrial Control Systems) Cyber-Security Conference.

For his 1998 master's thesis, Ezell identified the industrial control system cyber risk and conducted the world's first-ever quantitative risk assessment into cyber threats. A 2012 issue of the academic journal Risk Analysis cited "Applying Intelligent Agent Models to Terrorism," co-authored by Ezell with VMASC researchers John Sokolowski and Andy Collins, as one of the 10 most important accomplishments in risk analysis in the past 20 years.

More than a decade after the attacks of Sept. 11, risk analysis has been extended and applied in a host of areas. Ezell has done analytical work that combines advanced concepts in adversary modeling, verification and validation, transportation infrastructure cyber risk assessment, and development of risk models to inform programmatic acquisition decisions at the federal and regional levels of government.

Other ODU researchers have done public health, transportation and supply chain modeling with an eye toward risk management concerns.

"Modeling and simulation continues to show its value as a method for exploring solutions to complex issues," said Sokolowski, VMASC's executive director. "Dr. Ezell is an excellent nominee for the presidency of SARMA because of his years of cutting-edge, multidisciplinary research in this field."

SARMA is a nonprofit professional association serving those responsible for analyzing and managing security risks to systems, structures and operations from man-made threats. It provides a collaborative and open environment to promote the further development, standardization and professionalization of the security analysis and risk management disciplines, for individuals, government and private industry.

Based in Suffolk, ODU's Virginia Modeling, Analysis and Simulation Center is one of the world's leading research centers for computer modeling, simulation and visualization. The mission of the center is to conduct collaborative M&S research and development, provide expertise to government agencies and industry, and promote the university, Hampton Roads and Virginia as a center of modeling and simulation activities.