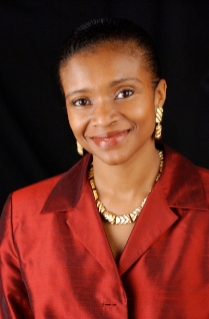 Sanderlin, who has more than 26 years of human resources experience, has been at the university since 1997 and has served as acting vice president since April 2011. As vice president, she will lead a department of 22 staff members and oversee organization development, training, employee relations, compensation and classification, benefits, workforce planning, compliance, information systems, recruitment, staffing, transactions and record-keeping.

Throughout her tenure at ODU, Sanderlin has chaired a number of critical initiatives, including the Threat Assessment and Management Committee, Quality of University Life program and the Enrollment Management Customer Service subcommittee. On the state level, she is a member of the Department of Human Resource Management Training Council and the Virginia Universities' Chief Human Resources Officer Council.

In her role as acting vice president, Sanderlin was a member of the President's Cabinet and served as a strategic partner by providing the human resources perspective to decisions impacting the campus. She directed the administration of the Chronicle of Higher Education's "Great Colleges to Work For" survey, which led to ODU's attainment of Honor Roll designation and being named a "Great College to Work For" for the second consecutive year.

Members of the campus community often hear Sanderlin say, "It depends," which reflects her belief and philosophy that the Department of Human Resources does not promote "one-size-fits-all" solutions. She has served as a catalyst for change at ODU by developing and administering a number of organization development initiatives, including departmental restructuring, strategic planning, change management, performance management, organizational assessments, conflict resolution, 360-degree feedback, and team building using assessments, group process and facilitation methodologies.

"With her institutional knowledge and perspective as an alumna, former classified employee, administrator and member of the leadership team, September has built and sustained positive and collaborative relationships throughout every division," Harnage said. "She is adept at balancing both the human aspect and business needs of the university to ensure that Old Dominion remains a top university and a great place to work."