International Journal Cites Paper by ODU Researcher as 'Most Influential' 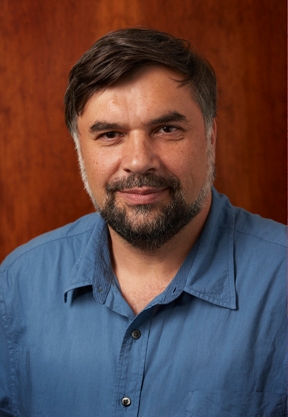 A research paper co-authored by Andrei Pakhomov, a research professor with Old Dominion University's Frank Reidy Research Center for Bioelectrics, has been selected as the most influential of 2012 by Bioelectromagnetics, an international journal.

The paper, "Long-lasting plasma membrane permeabilization in mammalian cells by nanosecond pulsed electric field (nsPEF)," was published by Bioelectromagnetics in December 2007. The award recognizes the highest citation index among the primary research articles published by the journal between 2007 and 2012.

The study referenced in the paper examined how the barrier function of the plasma membrane worked in nsPEF-exposed mammalian cells during a technique known as a whole-cell patch-clamp. For the first time, the study provided experimental evidence that even a single high-voltage pulse can cause a profound and long-lasting reduction of cell membrane resistance, accompanied by the loss of the membrane potential.

This is important because the phenomenon of long-lived membrane permeabilization provides new insight into the nature of nsPEF-opened pores and on molecular mechanisms that underlie the research interest in the use of short-in-duration, high-voltage electric pulses on biological cells.

The authors will be recognized for their research contribution during the joint annual meeting of the Bioelectromagnetics Society and the European BioElectromagnetics Association in Thessaloniki, Greece, June 10-14.

As the premier international conference in the area of bioelectromagnetics, BioEM2013 has as its goal stimulating further research in this field through the exchange of ideas and debate on state-of-the-art knowledge, as well as filling gaps in the knowledge base.

With the pervasive presence of electromagnetic fields (EMF) in everyday society, the meeting aims to present and advance high-quality research in basic and applied aspects of bioelectromagnetics to address the health concerns, regulations and medical applications associated with EMF.

This interest in the interaction of electric fields with living tissue, and the promise it shows in a range of different scientific disciplines, underpins the work done at ODU's Reidy Center. The research center has as its mission increasing scientific knowledge and understanding of the interaction of electromagnetic fields and ionized gases with biological cells, and applying this knowledge to the development of medical diagnostics, therapeutics and environmental decontamination.

The objectives of the center are to perform leading-edge interdisciplinary and multi-institutional research, recruit top faculty and exceptional graduate students, support regional, national and international programs, and increase external funding and institutional visibility.