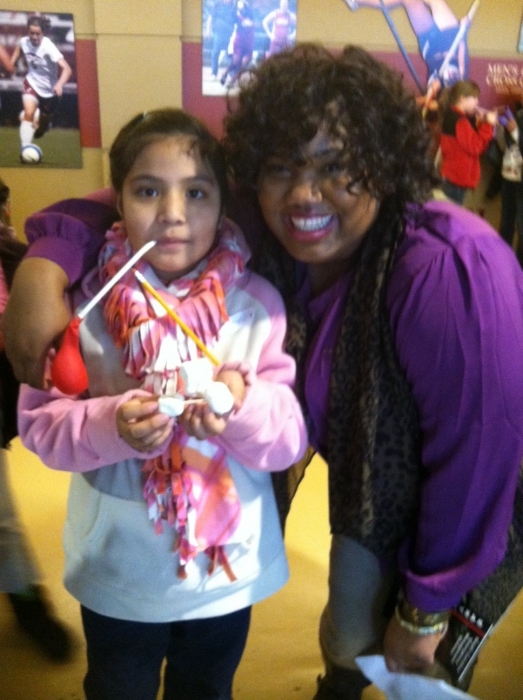 Briana Foster and one of her students 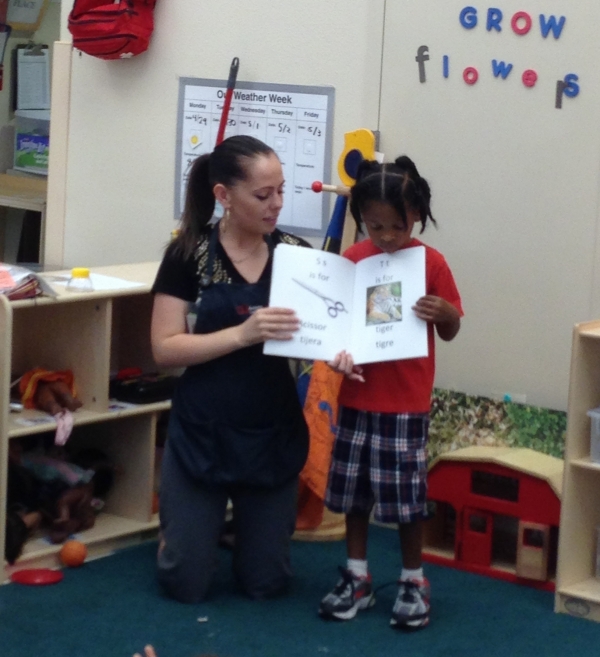 Picture of Erin Ford with a student

Ford, who is originally from Moreno Valley, Calif., is currently teaching preschool in Las Vegas at Renaldo Martinez Head Start. Foster, who is a Newport News native and graduate of Denbigh High School, is a fourth-grade teacher at North Charleston Elementary School.

Teach for America was founded in 1990 by Princeton graduate Wendy Kopp, who still serves as the organization's CEO. In a 2012 interview with Bloomberg BusinessWeek, she said Teach for America applications jumped from nearly 25,000 in 2008 to almost 48,500 at the time of the interview. Of those applicants, the nation's most elite higher education institutions were heavily represented, including 17 percent of Harvard's graduating class and 13 percent of Brown University's.

In 2011, only 14 percent of the applications were accepted, "which made gaining acceptance harder than winning a seat at Northwestern University, which admitted 18 percent of applicants," according to the article.

In vetting applicants, the organization looks for "a set of personal characteristics that predict success," such as perseverance, the ability to influence and motivate others, strong problem-solving skills and leadership, Kopp told BusinessWeek.

"We are working essentially to build a leadership force of folks who will, during their first two years of teaching, actually put their kids on a different trajectory - not just survive as a new teacher, but actually help close the achievement gap for their kids," Kopp said. "So we are not being selective to be selective. We are looking for people who have demonstrated leadership ability to do that, and it's just so hard to have that when you are 22 years old. It is a rare person who is ready for this right out of college, but it is so critical."

Teach for America participants are paid for their work by the individual school systems where they are employed. However, they are also eligible for an AmeriCorps education award of up to $11,100 and other benefits.

Ford is using the education award money she received to work toward teaching licensure and a master's from the University of Las Vegas. She said she sees herself continuing a career in education, but probably not as a preschool teacher. Instead, Ford hopes one day to work either with special education students or in a leadership position, such as that of a school director if she were to decide to pursue a Ph.D. in administration, or that of a school board member.

The former ODU peer educator said she had never worked with children prior to joining Teach for America, but she said organization representatives provided significant support to ease the transition.

"Teach for America sets the bar higher than normal standards," Ford said of the program. "I feel like this is where I want to be."

Foster, who worked at the Child Study Center for three years while attending ODU, said she "absolutely loved it and wasn't ready to leave" when she graduated. She said she found out about Teach for America through a roommate who applied, but wasn't accepted, to the program.

Foster said she has learned a lot about herself since starting with Teach for America, noting that the organization's administrators have made her feel that her opinion and feelings are respected. "They push you to think. It has made me a better person."

Like Ford, Foster said she doesn't anticipate a career in the classroom, and instead aspires to be a school counselor.

"My students have taught me so much about what I want for their future and mine," Foster said. "It's been very motivational for me in developing as an adult. It really prepares you for the real world. You dive right in, learning to work with people - children and adults. It has taught me a lot about communication."

To learn more about the program, visit the Teach for America website.