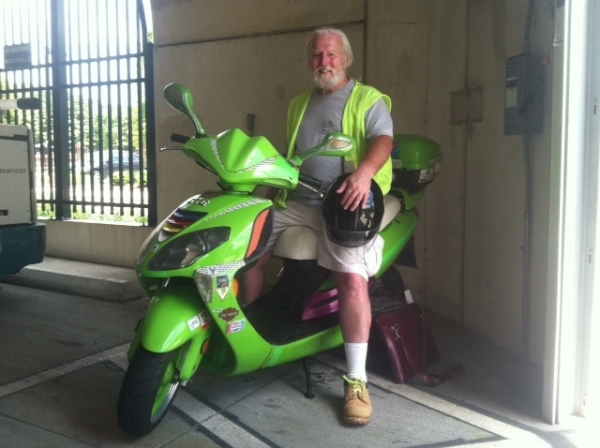 The commonwealth of Virginia has moved to address the growing popularity of scooters and mopeds on state roads with the introduction of new regulations that go into effect July 1.

While operating a moped/scooter without a driver's license will continue to be allowed, beginning next month, Virginia law will require every moped driver to carry a government-issued photo ID card. Examples of permissible IDs include: state ID cards (issued by Virginia or other states), passports, military IDs and state employee badges.

The new regulations also mandate that every moped/scooter driver and passenger wear a helmet and a face shield, safety glasses or goggles, according to the Virginia Department of Motor Vehicles.

Further, the new law requires mopeds and scooters operated on Virginia roadways to be titled and registered by July 1, 2014. DMV will begin titling and registering mopeds/scooters on July 1, 2013.

Moped/scooter titles will cost $10 and the annual registration fee is $20.25.

It is unclear how many mopeds and scooters are operated on the Old Dominion University campus because the vehicles currently are not required to be registered and the police and parking services departments do not collect data on their use. Even so, the new regulations will apply to all moped and scooter riders on campus, beginning July 1.

"Old Dominion police officers are aware of this change in law and will be enforcing the new regulations as part of their traffic safety responsibilities," said ODU Police Chief Rhonda Harris.

The new regulations were passed by the General Assembly after a non-conventional vehicles study, conducted by the DMV, showed the volume of mopeds/scooters on Virginia roads has increased significantly as a result of the rising cost of gasoline and because the vehicles are affordable and readily accessible.

"With the increased number of mopeds sharing our roads, there has been an increase in the number of concerns expressed from the public, law enforcement and traffic safety advocates regarding the proper use of mopeds, their safety on the roads, and the existing laws surrounding the operation of mopeds on public streets," a DMV statement said.

"It will improve safety - definitely, it will," Riddle said.

According to DMV data, there have been more than 2,000 crashes in Virginia involving mopeds over the past five years; 31 of those incidents resulted in fatalities, while nearly all of the crashes (1,967) resulted in injuries.

The DMV statement went on to say that a current lack of identifying information on mopeds and scooters makes them "nearly impossible" to recover after a theft and complicates identification of the vehicle and operator in the event of a crash.

"Requiring titling and registration of mopeds will allow law enforcement to better track mopeds that are stolen and/or used in the commission of crimes and would allow them to more effectively deal with moped crashes," the DMV stated.

For more information about titling or registering a moped, scooter or other vehicles, visit the Virginia Department of Motor Vehicles website.