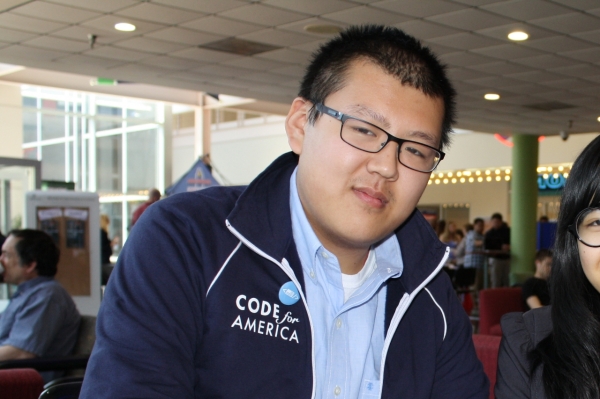 The National Day of Civic Hacking, scheduled for Saturday, June 1, features participants at 95 sites throughout the country, working on projects using publicly released data, code and technology to solve challenges relevant to neighborhoods, cities, states and the nation.

The National Day of Civic Hacking: Norfolk, hosted by ODU's Code for America Brigade, will run from 9 a.m. to 6 p.m. at Hatch Norfolk, located at 111 Granby St.

ODU is host to the country's first on-campus brigade of Code for America, a nonprofit organization that "helps governments work better for everyone with the people and the power of the web," according to its website. ODU Brigade leader Stanley Zheng couldn't be more excited to participate in the National Day of Civic Hacking.

"I'm honored to be able to bring National Day of Civic Hacking to Norfolk. Every city has its needs and challenges that local civic hackers are rising to meet," said Zheng, a rising senior computer science major from Norfolk.

"What we hope to accomplish is bringing together civic-minded individuals to influence long-standing change in our communities through technology. We hope to build foundations for students to continue volunteering their skills and expertise to make a positive impact."

While the words "civic hacking" may evoke images of illegal activity, the reality couldn't be further away. Civic hackers are community members (engineers, software developers, entrepreneurs and activists) who collaborate to find ways to improve the quality of life in their communities.

Examples of civic hacks include the creation of an app that allows your smart phone to alert city officials to dangerous potholes and a website that explains local politicians' votes on specific legislation. Other civic hacks might tackle a region's pressing social challenges, such as coordination of homeless shelters or helping provide better access to fresh, local, affordable food.

At the National Day of Civic Hacking: Norfolk, participants will use technology, publicly available data and entrepreneurial thinking to work on three issues in particular. Members of the Code for America ODU Brigade will apply their time and computer skills to design and build the Norfolk Arts District website, as well as develop a Hampton Roads Transit bus app (which would allow transit riders to know in real time when the next bus will be along) and conduct a study of current bus routes to determine if they are meeting the needs of area residents. A dozen volunteers are signed up for the daylong event.

The ODU effort for the National Day of Civic Hacking is one of five events scheduled in Virginia, and one of only two being undertaken by a college group nationwide.

For more information or to volunteer, visit the event website at: http://hackhrva.eventbrite.com/#.