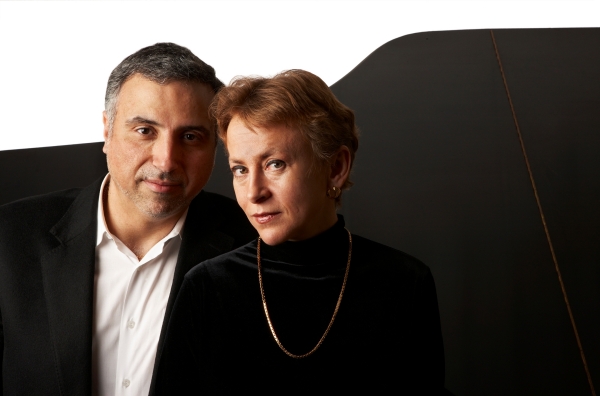 The first of four volumes of "Schmitt - Complete Original Works for Piano Duet and Duo" was released in October 2012, and features the works of composer Florent Schmitt (1870-1958) - an artist roundly considered to be one of the most influential French composers of his time.

Kasparov and Lutsyshyn, an associate professor and adjunct faculty member, respectively, in the ODU music department, are collectively known as the Invencia Piano Duo. The husband and wife team come from Armenian and Ukrainian families and were educated at the Moscow State Conservatory before pursuing advanced studies at Indiana University's School of Music in Bloomington. They joined the ODU faculty in 1997.

Their new recording was published by Grand Piano - a subsidiary of Hong Kong-based Naxos Records, the largest classical music label in the world. The second CD in the Invencia Piano Duo's set was released in February and the third is slated for an April 30 release. The final CD is expected to be available for sale in September.

Excerpts from published accolades for "Schmitt - Complete Original Works for Piano Duet and Duo" include:

To hear an excerpt from the CD, go to the Naxos website.