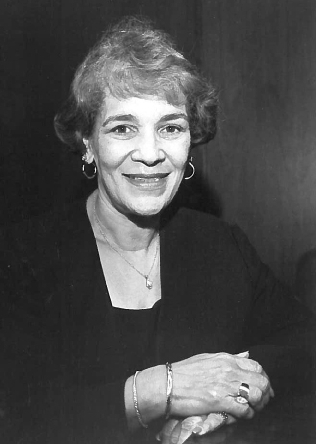 Donna B. Evans, former dean of the Darden College of Education at Old Dominion University, died Wednesday, March 27, in her hometown of Columbus, Ohio.

Evans came to ODU in 1995 and served as dean for five years. She stepped down from the position in June 2000 to become dean of the College of Education at Ohio State University in Columbus.

Evans served in that position through the spring quarter of 2005, heading a full-time faculty of 135 in the College of Education's three schools. In September 2005, she was appointed as the John Glenn Scholar in Urban Educational Policy at OSU's John Glenn Institute for Public Service and Public Policy, where she was able to spend more time on her scholarly pursuits, particularly on her strong interest in the critical issues facing large urban school systems.

During her tenure at Old Dominion, Evans was instrumental in establishing the Professional Development Schools program, in which university-based faculty administrators, prospective educators, public school personnel, family and business partners worked together to build a better learning community. Through the PDS program, ODU was able to enhance education for urban children by offering professional development opportunities for practicing educators and providing training for prospective teachers.

As the first female dean of the Darden College, she took responsibility for updating the college's computer facilities and emphasized technology in the teacher education curriculum.

Jo Ann Gora, ODU provost at the time, called Evans "a strong advocate for the college in the community. She strengthened relationships with area school districts and worked well with superintendents and principals in Hampton Roads."

Petra E. Snowden, retired director of urban education in the Ph.D. in Urban Services Program at ODU and former chair of the Department of Educational Leadership and Services, remembers Evans as a colleague and friend.

"As faculty, chair, director and friend, I had the privilege and honor to work with Donna Evans during her tenure as dean of the College of Education at Old Dominion University. She encouraged and supported all faculty members, especially in areas such as equity pay adjustments, freed new faculty from heavy teaching loads to pursue research, created a welcoming college environment and upheld all inclusive ethical standards," Snowden said.

"She was a respected and a beloved university representative in the Hampton Roads community and at the national level. She was a true friend to many and is dearly missed."

Evans was a member of the Board of Trustees at Central State University in Wilberforce, Ohio, appointed to a nine-year term that began in December 2005. She served most recently as chair of the Academic Affairs Committee, and was a member of the search committee that selected Cynthia Jackson-Hammond as the first woman president in CSU's 126-year history.

Prior to coming to ODU, Evans was dean and professor at the University of North Florida and Wayne State University. In addition, she served as chair and professor of the Department of Education at Skidmore College. Evans also spent 10 years at the University of Maine at Orono, where she progressed from assistant professor of counselor education to acting dean of the graduate school. She began her career as a classroom teacher in the Columbus, Ohio, Public School System.

Evans is survived by her daughter, Jocelyn B. Smith of Encino, Calif., son-in-law, Dr. Michael D. Smith, and grandchildren, Danielle and Alex.