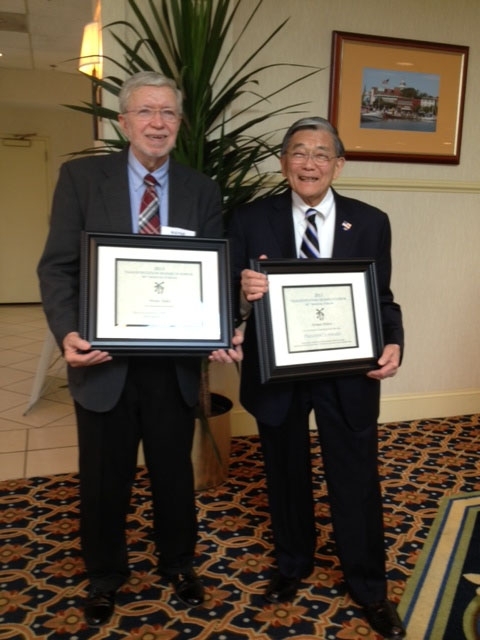 Talley, a world-renowned scholar in the field of transportation research, received the award at the 54th Annual National Forum Meeting of TRF in Annapolis, Md., on March 22.

The award is in recognition of Talley's significant record of transportation publications, the growth of the journal Transportation Research Part E: Logistics and Transportation Review into one of the top-ranked academic transportation journals in the world over his 13-year tenure as editor-in-chief and his ranking in the international maritime transportation academic community. Notable previous recipients of the Researcher Award include Nobel Laureates in economics William Vickrey of Columbia University and Dan McFadden of the University of California, Berkeley.

At the annual forum, Norman Mineta, U.S. secretary of transportation under President George W. Bush, also received the TRF President's Award for his significant contributions to the enhancement of U.S. transportation.

Under Talley's leadership, the ODU business college has grown to be a world leader in maritime, port and transportation research. The International Association of Maritime Economists ranks ODU eighth in the world in port research, making it the second-ranked university in the Western Hemisphere.

The CBPA offers one of two undergraduate degree programs in the country to emphasize maritime management. Additionally, the college began a new study abroad program in 2007 featuring tours of the ports of Europe and East Asia through the Maritime Institute that Talley heads. He has also worked in a multidisciplinary fashion with researchers from other ODU colleges and around the world.

TRF is a national, independent organization of transportation professionals that was formed in 1959 for the purpose of "providing an interdisciplinary and impartial meeting ground for the exchange of information, leading practices and ideas among practitioners, researchers and government officials related to all modes of freight and passenger transportation, dealing with both domestic and international issues."