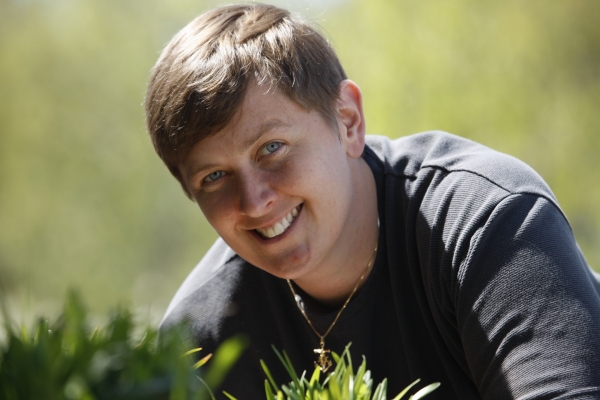 Holly Gaff, an assistant professor of biological sciences at Old Dominion University, has received the inaugural Service Award of the Association for Women in Mathematics (AWM). The award was presented last month at the Joint Mathematics Meeting in San Diego, Calif.

This is the first year that the AWM has given the Service Award, which recognizes members for "helping to promote and support women in mathematics through exceptional voluntary service to the association."

The inaugural class of awardees included 10 women from across the United States and Canada.

Gaff was cited for her service as Web editor for the AWM from 2004-12. "Holly contributed to and supervised the website redesign by Google volunteers, together with the AWM Web Tax Force, and the website's move to a new host," according to her citation.

As an ODU faculty member, Gaff focuses on mathematical and computer simulation of infectious diseases, with specific interest in tick-borne diseases. In addition to work within the ODU College of Sciences, she has taken part in projects at ODU's Virginia Modeling, Analysis and Simulation Center and the School of Community and Environmental Health in the College of Health Sciences.

She specializes in mathematical modeling of how diseases spread and transform over both time and space. She was part of a research team that found disease-carrying Gulf Coast ticks have recently become established in southeastern Virginia, apparently due to climate change. Her work shows that mathematical models can be used to explore tick-borne pathogen dynamics, quantify risk of tick-borne disease and identify optimal strategies to reduce the risk.