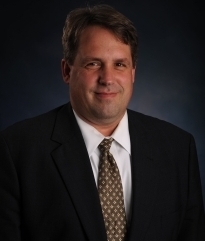 Former Old Dominion University professor and department chair Brian K. Payne will return "home" in May when he assumes the position of vice provost for undergraduate and graduate academic programs.

In his role, Payne will assist the provost and college deans in promoting the academic success of undergraduate and graduate students at the university. He will also have a major responsibility in the development and administration of policies for undergraduate, graduate and interdisciplinary programs.

Payne previously served as an ODU assistant professor from 1996 to 2004, at which time he became a full professor and chair of the Department of Sociology and Criminal Justice - a position he held until 2007.

Since leaving ODU, Payne chaired the Department of Criminal Justice and Criminology at the Andrew Young School of Policy Studies, Georgia State University, where he also taught classes.

"Dr. Payne brings to this position considerable administrative experience in leading large interdisciplinary programs and in developing and directing graduate and undergraduate programs," she said. "His many years as a department chair coupled with his strong academic background in the social sciences will make him a valuable colleague and resource to the college deans and department chairs. Dr. Payne's particular expertise will help the university consolidate our interdisciplinary efforts and continue our focus on student success at the graduate and undergraduate level."

In a letter sent to ODU faculty and administrators, Simpson wrote that Payne's appointment would be effective May 25. Payne will work closely with Simpson; Chandra DeSilva, vice provost for faculty development; the leadership of the Division of Student Engagement and Enrollment Services; and the Office of Research.

"A key component of Dr. Payne's efforts in the immediate future will be to facilitate and further our many interdisciplinary activities," Simpson wrote.

Payne was selected - by a search committee led by College of Health Sciences Dean Shelley Mishoe and staffed by Judy Bowman, assistant vice president for undergraduate studies - from "an excellent pool of over 80 applicants," Simpson wrote, in thanking faculty and staff who assisted or provided input during the hiring process.

Payne holds a bachelor's degree in sociology, a master's in criminology and a doctorate in criminology (with a concentration in white-collar crime and policy) from Indiana University of Pennsylvania. From 1993-96, Payne held positions as an assistant professor and graduate program coordinator for the Department of Criminal Justice and Social Sciences at Troy State University.

During his career, Payne has received numerous honors and served in leadership positions, including second vice president of the Academy of Criminal Justice Sciences and vice president and president of the Southern Criminal Justice Association. In 2006, he was an ODU nominee for the Virginia Outstanding Faculty Awards. Seven books authored by Payne have been published along with well over 200 scholarly journal articles and research papers he wrote alone or in collaboration with others.

ODU Department of Sociology and Criminal Justice achievements, under Payne's leadership, included: development of the Center for Family Violence Education and Research and the receipt of $400,000 in funding to support related activities; approval of a Ph.D. program in criminology and criminal justice; creation of the Institute for Community Justice; development of an online bachelor's degree program in criminal justice; development of a study abroad program for sociology and criminal justice students; a 28 percent increase in majors from 2004-07; an expanded number of diversity-related courses; and implementation of a streamlined process for students to double major.