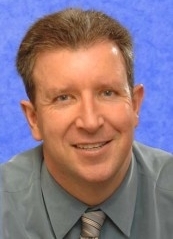 For older adults, suffering a fall is a well-known risk. For those 65 or older, the likelihood that they will suffer a fall in the following year is a staggering 1-in-3.

This sobering statistic is at the heart of research being conducted at Old Dominion University by Steven Morrison of the College of Health Sciences' School of Physical Therapy and Athletic Training. Some of the findings from his case study, "All Fall Down: The Crises of Falling for Older Adults," were published earlier this year in the Virginia Center on Aging's Age in Action newsletter.

Morrison's research is especially important, as a growing number of older adults, including the sizeable Baby Boomer demographic, have to contend with the threat and consequences of falls, which, in addition to injury, can introduce significant short- and long-term effects.

Following such an adverse event, many people become physically inactive, can have a slow, unsteady gait, exhibit loss of muscle strength, fatigue easily, develop a fear of falling and, inevitably, show a further increased risk of falling. All these outcomes are viewed as markers for the descent into physical frailty, Morrison said.

"Obviously with such a significant health issue, identifying those variables or elements which can lead to increased risk of falling is of paramount importance," he said. "However, despite our understanding of the seriousness of falls and the high cost of medical care, our current understanding and knowledge of those critical factors that are strongly predicative of falls in high-risk populations is lacking."

Part of the reason for this, Morrison explains, is the sheer numbers of risk factors that can contribute to a fall - more than 400 are linked to falls in adult populations. Even something as simple as an individual's perception of the threat around them when they move (often referred to as their "fear of falling") is an issue of great concern, he said.

It has been reported that nearly 13 million (36 percent) older American adults (over the age of 65) were moderately or very afraid of falling, illustrating the point that developing a fear of possibly suffering an adverse event is strongly linked with actual falls, Morrison said.

Sorting through the volume of risk factors to identify one or two key measures is not a trivial task. Some variables identified as significant risk factors do not provide much in the way of direct benefit to the person who suffers a fall and/or the clinician, since they cannot be easy implemented into a meaningful practice, Morrison noted.

Given the overriding health problems associated with falls, Morrison said his research focus at ODU has centered on identifying risk factors specific to the individual or clinical group and then identifying the most appropriate interventions for the person to reduce their risk.

"The ultimate goals are to provide a more complete assessment that can better identify risk factors that could predispose a person to increased risk of falling, and implement an appropriate intervention in order to reduce their risk and improve quality of life," he said. "Of the numerous falls risk factors identified, those of greater significance tend to be impaired balance, mobility and gait, with age-related deterioration of postural stability considered to be the primary underlying cause. Consequently, most screening tools and interventions have been specifically designed to target variables such as balance, walking dysfunction, reactions and muscle weakness, since they are modifiable and most likely to positively influence by tailored interventions. As many older persons at heightened risk of falling lead a sedentary lifestyle, exercise is an obvious and appropriate intervention."

Morrison's expertise in falls risk assessment and intervention fits nicely with the expertise in diabetes research of Sheri Colberg-Ochs, of ODU's College of Education, Human Movement Sciences; and Aaron Vinik, of the Strelitz Diabetes Center at Eastern Virginia Medical School. Together the researchers have conducted a series of studies looking at the impact of balance training on walking ability, posture and falls risk in healthy older adults and persons of similar age with type 2 diabetes (T2DM). Prior to training, the T2DM subjects were at a significantly greater risk of falling compared to the healthy, age-matched control population. However, following six weeks of structured exercise, all individuals exhibited a significant reduction in falls risk, which was linked to improved (faster) reaction times and increased leg strength, Morrison said.

"Based upon those findings, we are currently conducting a three-year funded project to determine the benefits of supervised balance training and unsupervised, home-based activity (using the Nintendo Wii) for improving falls risk, walking ability and general balance," Morrison said. "Projects of a similar nature are currently being planned for other clinical populations, including older persons with multiple sclerosis and Parkinson's disease."

Overall, the general consensus is that more research needs to be done in the area of falls prevention, especially with regard to identifying those factors that are strongly predicative of falls.

"A key element in the prevention of falls is the need to identify individuals that are likely to fall in the future. Following the identification of high falls-risk individuals, a multifactorial intervention program can be created, which may include components such as education, balance training and home hazard modification," Morrison said. "Our findings to date have produced encouraging results regarding our ability to identify those factors which can lead to falls, and we are designing appropriate interventions to improve general walking ability, balance and strength while reducing the risk of falls."

Morrison's case study, "All Fall Down: The Crises of Falling for Older Adults," can be viewed on the Age in Action website.