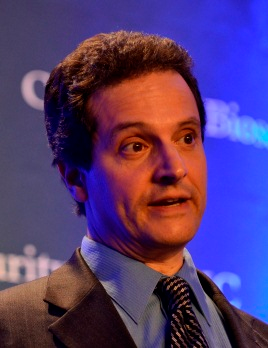 The nine-member panel includes U.S.-based experts and an expert from the Nuclear Safety Authority of France.

Becker is professor of community and environmental health in the ODU College of Health Sciences and an internationally known authority on radiation risk communication. He brings to the panel extensive research and field experience, including carrying out major studies of radiation risk communication and information issues for the Centers for Disease Control and Prevention and other federal agencies.

"The College of Health Sciences congratulates Dr. Becker for being named to this prestigious National Academy of Sciences panel," said Shelley Mishoe, dean of the college. "He will provide invaluable expertise on a topic of considerable interest to the public health community, policymakers and the public."

The NAS study will provide a current look at the topic, taking into account how populations have changed, demographics have shifted and the numbers and characteristics of nuclear facilities have changed over the past two decades. The new NAS study was requested by the U.S. Nuclear Regulatory Commission. One part of the NAS study will look at cancers in people of all ages, while a second part will focus on cancers in children.

"The new NAS project has been undertaken because this issue was last studied some time ago, in the late 1980s," Becker said. "At that time, a National Cancer Institute study found no differences in cancer mortality or incidence rates between counties with nuclear facilities and control counties."

Becker has had wide-ranging experience with radiological and nuclear science issues. In 2012, he was appointed by President Barack Obama to the U.S. Nuclear Waste Technical Review Board. A year prior to that, Becker served as a member of a three-person radiological emergency assistance team that was invited to Japan in response to the earthquake-tsunami disaster and the accident at the Fukushima Dai-ichi nuclear plant. Since 2005, he has been an elected member of the National Council on Radiation Protection and Measurements. He has also been a Kreitman Scholar at Ben-Gurion University in Israel and a Visiting Fellow at the Japan Emergency Medicine Foundation and National Hospital Tokyo Disaster Medical Center.