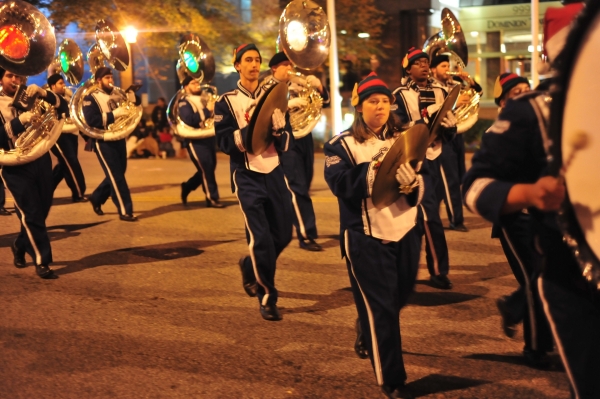 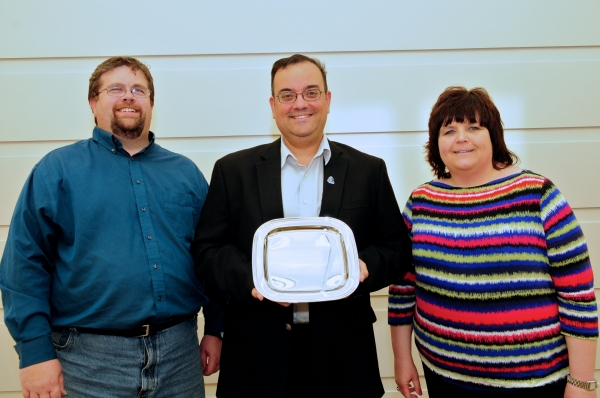 The Old Dominion University Monarch Marching Band was lauded by the Downtown Norfolk Council for its performance in last week's Grand Illumination Parade.

On Monday, Dec. 2, band directors Alexander Treviño and David Walker were presented with an award for "Best Marching Band" by Noel Gramlich, director of special events for the Downtown Norfolk Council.

To view a video of the parade performance, visit the Old Dominion University Facebook page.

"It is truly an honor to receive this award for Best Marching Band in the Grand Illumination Parade," Treviño said. "The students really go all-out decorating their instruments and uniforms for the parade, and the crowd really seems to enjoy their playing, marching and dancing. The band looks like they're having a good time because they are!"

A good portion of the musicians performed during the men's basketball game against Georgia Southern at 3 p.m. that day. Faced with a tight schedule, the band arrived more than an hour later than it normally would have and was ready to perform in 15 minutes.

"We pride ourselves on being able to move quickly when it comes to arriving and unloading - the students know exactly what they need to do when we unload, whether we are arriving at Harbor Park or College Park, and that efficiency really saves time," Treviño said.

Membership in the band, which is composed of students from all majors and programs from across the university, is open to all ODU students who pass a playing audition.