ODU’s Koch Is Co-Author of ‘The Caterpillar Way,’ an Inside Look at the Construction and Mining Giant’s Successful Reorganization 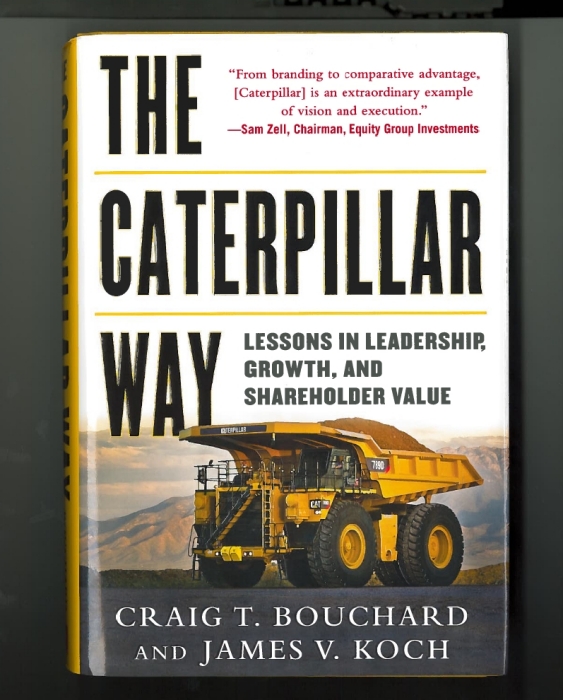 If there is an American company that has provided a model for other manufacturers to emulate, it's construction and mining giant Caterpillar.

The world's largest manufacturer of construction and mining equipment, diesel and natural gas engines, Caterpillar was losing $1 million a day for three years in the early 1980s. Today it's the best-managed company in the United States, according to a book co-authored by James V. Koch, Board of Visitors Professor of Economics and President Emeritus of Old Dominion University.

"The Caterpillar Way: Lessons in Leadership, Growth and Shareholder Value," by Craig T. Bouchard and Koch, is being released nationwide by McGraw-Hill on Tuesday, Oct. 15.

The book is based on an inside look at the company by the authors, featuring exclusive interviews with top executives, board members, union officials and Wall Street analysts. It theorizes that analysts have consistently undervalued the company, and looks at long-term trends in mining and global resource trends which offer an optimistic view for Caterpillar's future.

"The Caterpillar Way" chronicles how the company bounced back from its perilous financial situation in the early 1980s with a dramatic reorganization. The book shows how the company's emphasis on core values edged up its margins even through difficult times.

Koch and Bouchard spent two years researching and writing "The Caterpillar Way." The authors have a professional association going back 30 years. Bouchard met Koch when Bouchard was a student and varsity baseball player for Illinois State. Koch was then chairman of the school's economics department. "He's been my mentor my entire career," Bouchard said of Koch, who later served as college president at the University of Montana and Old Dominion University.

Bouchard went on to a successful career in business, and is currently CEO and chairman of the board of Signature Group Holdings.

Among Caterpillar's accomplishments was its rapid adoption of the Six Sigma manufacturing approach, referring to the management technique used to achieve long-range goals. Other distinctions for the company included success in labor negotiations and advancing globalization plans. Today, 70 percent of the company's revenue is earned from outside the United States.

Bouchard and Koch didn't surrender editorial control to Caterpillar in return for the access the company provided. But Caterpillar needn't worry: The book offers a glowing review of the company's many endeavors.