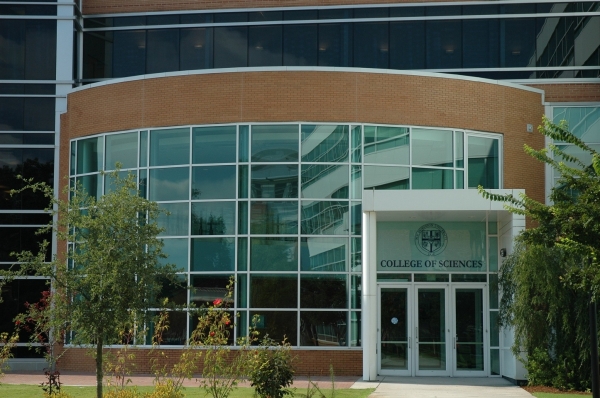 Old Dominion University already ranks third among Virginia institutions in the number of graduates it produces in STEM-H (science, technology, engineering, math and health) fields. With 2013 comes evidence that ODU could strengthen its STEM-H position in the next few years.

A Supplemental Instruction (SI) initiative launched last fall by the four-year-old Math and Science Resource Center (MSRC) of the ODU College of Sciences has already produced what the college's dean, Chris Platsoucas, calls "remarkable results." Although the program was voluntary last semester, it will be mandatory next fall for at-risk students.

The MSRC was created to help more students meet the requirements of math and science courses, particularly those introductory courses that in the past have had high DFWI (D grade, failure, withdraw, incomplete) rates. The center's basic offering has been tutoring - both person-to-person and online - and it has boosted the pass rate for targeted courses in math and chemistry, Platsoucas said.

But last year, the center decided to ramp up its effort by instituting the SI approach in one of the college's critical courses, Math 102M. This is an algebra course that kicks off the college experience of students who intend to focus on math-related studies, including majors in the sciences, health sciences, some fields of education, business and engineering. In recent years, around half of Math 102M students failed in their first attempt to gain credit for the course. "There is no question that student performance in this course has been a drag on retention of students who want to go on into calculus and pursue quantitative majors," Platsoucas said.

Beginning last fall, the SI initiative assigned a tutor - an undergraduate student who has demonstrated high proficiency in math - to every section of Math 102M. The tutor provided a weekly one-hour session of supplemental instruction for any student in the section who wanted to attend. Although attendance was voluntary, those Math 102M students with math SAT scores of 450 or lower or ACT math scores of 16 or lower were "strongly encouraged" to be present for the supplemental sessions, Platsoucas said.

Of the 1,315 students taking Math 102M last semester, 314 (24 percent) attended SI sessions. This included 107 students who also received personal tutoring through the resource center. The DFWI rate for the 314 students was 24 percent, whereas 42 percent of the 913 students who did not receive retention intervention recorded DFWI results.

Beginning in fall 2013, Platsoucas said, the college will make SI participation mandatory for all students in Math 102M who did not score above 450 in math SAT or 16 in math ACT, or else who had a high school grade point average lower than 3.0. The dean said these students whose past performance indicates they may have a problem in college math will also be channeled into extra tutoring offered by the MSRC.

"We are excited to see that our Math and Science Resource Center retention approach has a profound effect on student success, especially for those students with academic difficulty in freshman math," Platsoucas said. "My thanks go to all who helped make this happen, especially Associate Dean Terri Mathews, math and statistics Chair Mark Dorrepaal, the faculty of the Department of Mathematics and Statistics and MSRC Manager Andrea Stephen."