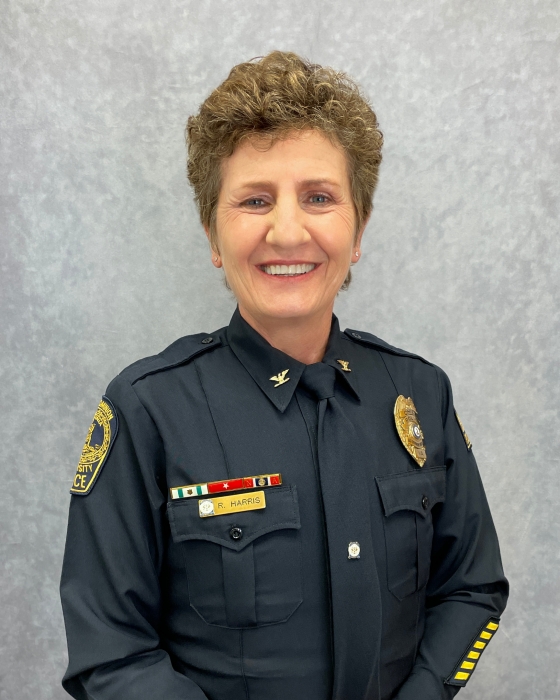 Old Dominion will hold a reception to introduce Rhonda Harris, the university's new police chief, on Thursday, March 22. The reception is open to the campus community; reservations are due by Friday, March 16, to rsvp@odu.edu or 683-3116.

"Chief Harris possesses a wealth of metropolitan university policing experience, which will enable her to hit the ground running at Old Dominion University," Harnage said. "Her strong leadership skills, knowledge of the intricacies of campus safety and successful collaborations with municipal colleagues will provide a strong cornerstone for ODU's continual efforts to enhance campus safety."

According to Broderick, Harris' experience and commitment to a community policing philosophy made her a clear choice to lead ODU's safety and security division.

"The role of police chief at a metropolitan research university requires a distinctive set of skills and abilities to handle its unique challenges and promote its opportunities. Chief Harris has a proven track record of success and I know the city and ODU community join me in welcoming her," he said.