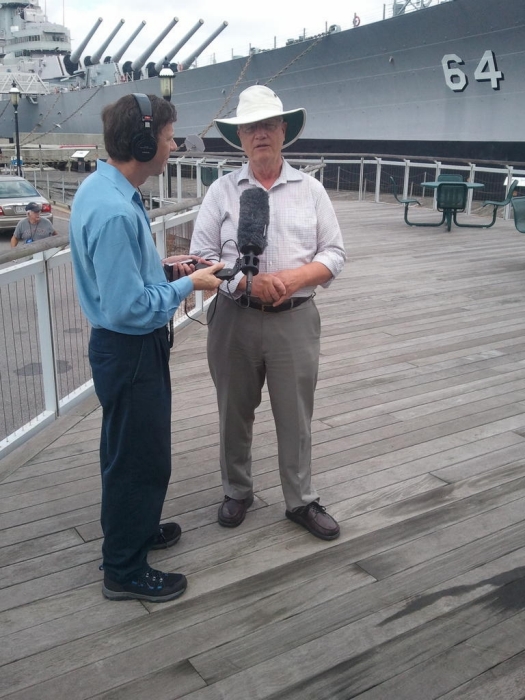 The feature story, "Norfolk, Va., Puts Flooding Survival Plan to the Test," reported on the risks to the Hampton Roads region from rising sea levels, an issue that increased significantly in the public consciousness following Hurricane Sandy's crushing impact on the Northeastern United States.

NPR's Hamilton referenced a study by Asbury Sallenger of the U.S. Geological Survey that shows the U.S. mid-Atlantic coast will be affected more dramatically by rising sea levels caused by melting polar ice caps. It's this same worry that prompted ODU's President John Broderick to launch the CCSLRI two years ago, bringing researchers from all six ODU colleges together to work collaboratively to educate the public and seek proactive solutions to the challenges of sea level rise, which is expected to affect life in Hampton Roads more than any other East Coast community.

Hamilton interviewed Atkinson in downtown Norfolk, and the ODU researcher graphically pointed out the risk to the city from rising sea levels, showing high tide marks on the wall of the downtown pumping station.

Madhavan and Alonzo spoke about the importance of conveying the message to the public of the risk faced by Hampton Roads as the seas rise.