Christine Mann Darden will speak to graduates at the 9 a.m. ceremony. 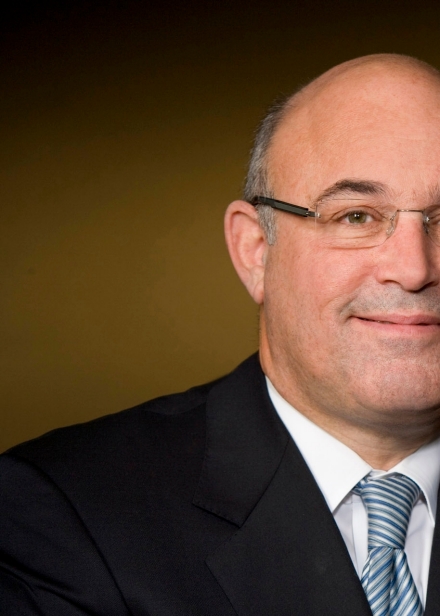 Kenneth A. Samet will speak to graduates at the 2 p.m. ceremony.

More than 1,200 students will receive bachelor's, master's and doctoral degrees from ODU in the two ceremonies, at 9 a.m. and 2 p.m., at the Ted Constant Convocation Center.

Christine Mann Darden, retired director of the Aero Performing Center Program Management Office at NASA Langley Research Center in Hampton, will speak to graduates of the Darden College of Education, Batten College of Engineering and Technology and College of Sciences in the 9 a.m. ceremony.

Kenneth A. Samet, president and chief executive officer of MedStar Health, will speak to graduates of the College of Business and Public Administration, College of Health Sciences and College of Arts and Letters in the 2 p.m. ceremony.

During her 40-year career at NASA Langley, Darden's contributions were in research in supersonic aerodynamics, where she was recognized as an international expert in the area of sonic boom minimization, in national program leadership of the environmental aspects of supersonic operations, in agency strategic planning, project and program management and, finally, in the area of communications and education.

In 1967, after spending a year as an instructor at VSU, Darden began her career at NASA as a data analyst. Five years later, she switched to an engineering position and began taking supporting engineering courses.

In 1983, she earned a Doctor of Science degree in mechanical engineering from George Washington University in Washington, D.C. During her career at NASA, Darden served as a senior program manager in the High Speed Research Program Office, working to develop the technology for building a supersonic airplane by the year 2015. From 1999 to 2002, Darden oversaw the work of Rotorcraft, Air Space Capacity, Information Technology and High Performance Computing in the Aero Performing Center. She retired from NASA in 2007.

With more than a quarter of a century of experience in health care administration in the Baltimore-Washington, D.C., metropolitan region, Samet has been MedStar Health's president and chief executive officer since January 2008. Samet previously served as the president and chief operating officer of MedStar Health since 2003, and was responsible for all operational aspects of the more than 25 companies that make up the largest, not-for-profit, health-care delivery system in the region, with annual revenues of $4 billion. Prior to that, Samet had served as COO since the system's inception in 1998.

Green was a member of the Norfolk School Board before his election to the Norfolk City Council, where he served for 20 years, including 12 years as vice mayor. He advocated for civil rights for African Americans and fair play for all as he worked for the betterment of Norfolk.

Highlights of his tenure include the promotion of mass transit, and his efforts to promote affordable and accessible housing in Norfolk led to new housing in many sections of the city. His work to establish a downtown campus of Tidewater Community College was recognized by the naming of the TCC administration building in his honor.