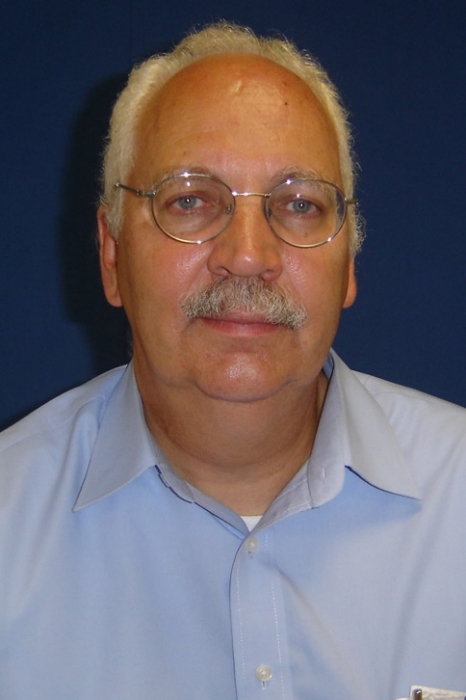 A team of scientists including Peter Bernath, the chair of Old Dominion University's Department of Chemistry and Biochemistry, has reported the first direct evidence that emissions of carbon dioxide caused by human activity are propagating upward to the highest regions of the atmosphere.

The observed CO2 increase is expected to gradually result in a cooler, more contracted upper atmosphere and a consequent reduction in the atmospheric drag experienced by satellites. The team's findings were published this week by the journal Nature Geoscience.

The team of John Emmert, Michael Stevens and Douglas Drob from U.S. Naval Research Laboratory's Space Science Division; Bernath; and Chris Boone from the University of Waterloo in Canada studied eight years of CO2 measurements made by the Atmospheric Chemistry Experiment (ACE), a scientific satellite mission funded primarily by the Canadian Space Agency. ACE determines vertical profiles of CO2 and many other atmospheric gases by measuring how the atmosphere absorbs sunlight at different wavelengths as the sun rises and sets relative to the spacecraft.

Carbon dioxide adds to the greenhouse effect in the Earth's lower atmosphere, driving up temperatures. But when this gas - a significant portion of which today is the result of human activities - rises above 30 miles into the mesosphere (about 30-50 miles high) and even higher into the thermosphere (about 50-500 miles high), it causes temperatures there to drop.

The researchers report evidence that CO₂ levels are increasing faster than expected in the upper atmosphere, which seems to be cooling and contracting at a pace that current models have not predicted. Reduction in atmospheric drag brought on by the resulting decrease in density could keep space junk in orbit longer, creating more congestion by orbital debris.

"CO₂ increases close to the Earth's surface cause temperatures to rise but, surprisingly, CO₂ higher up results in just the opposite," Bernath said. In the upper atmosphere, the density of CO₂ is too low to maintain greenhouse warming. Instead, the gas absorbs heat from its surroundings and radiates much of it away from Earth."

Bernath's work with the team of researchers derives from his role as mission scientist for the ACE satellite project, which has been collecting important information about ozone chemistry, climate change and air pollution since 2004.

Before joining ODU in 2011 as the chemistry chair, Bernath was a faculty member with the University of York in England and, earlier, with the University of Waterloo in Canada. While at Waterloo, he proposed the Canadian satellite project and assembled a scientific team to analyze data that the satellite instruments recorded and dispatched back to Earth.

During the past four decades Bernath has been credited with seminal discoveries in molecular spectroscopy and atmospheric chemistry, resulting in his election as Fellow of the Optical Society of America. He was granted a Ph.D. from MIT in 1981 and received the 2009 Alouette Award of the Canadian Aeronautics and Space Institute and the 2004 Excellence in Research Award from the University of Waterloo. Earlier this year, he was given the Faculty of Science Distinguished Alumni Award of the University of Waterloo.

The primary instrument on the ACE satellite, which is in orbit about 400 miles above the Earth, is a Fourier Transform Spectrometer (FTS) that analyzes the types and quantities of gases in the atmosphere. From the absorption of sunlight during sunrise and sunset, ACE is able to determine the composition of the atmosphere at various heights.

Data from the ACE-FTS has set the standard for measurements of the concentrations of constituents in the Earth's middle atmosphere. This instrument routinely measures approximately 35 gas species in the atmosphere; some of these are in the parts-per-billion range in concentration.

When the project team led by Emmert checked measurements from 2004-12 by ACE-FTS at altitudes of about 60 miles, it found CO₂ concentrations that were surprisingly high. "To date, CO₂ trends have been measured only up to 35 kilometers (22 miles). Here, we present the first direct evidence that upper atmospheric CO₂ concentrations - the likely primary driver of long-term thermospheric trends - are increasing," the researchers report.

The eight years of satellite-based solar occultation spectra they studied showed a trend of 23.5 parts per million increase of CO₂ per decade. "This rate is 10 ppm/decade faster than predicted by an upper atmospheric model, which may explain the stronger than expected thermospheric density decrease," according to the article in Nature Geoscience.

Several possible explanations for this trend are considered by the authors, such as swings in solar activity. They even estimate the amount of CO₂ that may have been deposited in the upper atmosphere by the exhaust of orbital launch vehicles, but the total of 2,700 metric tons above 50 miles high cannot explain the overall trends they found.

If the thermosphere becomes more clogged with space junk, this would present a hazard for active launch vehicles and satellites. Although, some scientists have pointed out that cooling of this outer layer of the atmosphere could be good news for satellites such as the International Space Station, which should be able to stay in orbit longer without firing booster rockets.