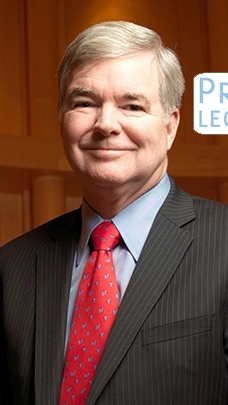 Mark Emmert, the fifth president of the National Collegiate Athletic Association (NCAA), will speak at Old Dominion University on Tuesday, Oct. 23, for the President's Lecture Series.

Emmert, who became NCAA president in October 2010, will speak at 7:30 p.m. in the Big Blue Room of the Ted Constant Convocation Center. The title of his address is "Are College Sports Broken?" The event is free and open to the public but those planning to attend are asked to RSVP at odu.edu/univevents or 757-683-3116 (event code: MEL12).

Emmert was invited to Norfolk by Old Dominion University President John R. Broderick, who previously served on the NCAA's Division I Board of Directors and the Division I Presidential Advisory Group.

One of the main themes of the NCAA under Emmert's leadership has been the balance between athletics and academics. Prior to assuming his current role, he had been president of his alma mater, the University of Washington, since 2004. Emmert led the university to its standing as second among all public andprivate institutions in research funding, with $1.3 billion in grants and contracts per year. Before returning to his alma mater, Emmert served as chancellor of Louisiana State University from 1999 to 2004.

Emmert is a life member of the Council on Foreign Relations and a member of the Higher Education Working Group on Global Issues. He is the former chair of the Executive Group of the Worldwide Universities Network and served on the National Security Education Advisory Board.

A Washington native, Emmert earned a bachelor's degree in political science from the University of Washington and holds both a master's and a Ph.D. in public administration from Syracuse University.