The David F. Harnage Computer and Data Center on the 4th floor of the Engineering and Computational Sciences Building is the hub of technology at ODU, featuring 24/7 monitoring of all ITS systems, a high-volume printing center and OpScan grading.

In 2009, the facility was named for Mr. Harnage in recognition of his many contributions to technology and infrastructure at ODU. As associate vice president for computing services (the role that brought him to Norfolk in 1985), he positioned the University for significant growth and rapid change in information technology through major infrastructure investments and development in distributed computing and networking technologies. 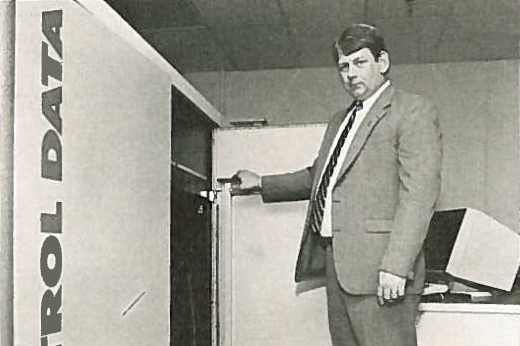 ODU, under Mr. Harnage's leadership as associate vice president for computing services, received a grant from Control Data Corporation for super-minicomputer and related software in 1987.

As CIO and vice president in the '80s and '90s, Mr. Harnage provided the foundation for ODU's computing infrastructure and research computing efforts. His partnership with Control Data Corporation resulted in a grant of more than a half-million dollars for a super-minicomputer and software package. The CDC 830 (pictured here with Mr. Harnage in 1987) supported engineering faculty utilizing finite element analysis for research.

It was Mr. Harnage's vision that high-powered resources be available and accessible to the entire campus. Under his direction, computer labs were launched in Webb Center and the Education Building, combining computing, printing capabilities and consulting services. Local area network resources were made available across campus, and through the Virginia Education and Research Network collaborative, the campus was connected to the Internet.

Additionally, Mr. Harnage oversaw the implementation of a complete administrative software suite in a record 14 months; led a partnership among researchers, IT staff and Sun Microsystems to bring a Top 500 supercomputer to the University in the late 90s; and transformed business activities by overseeing the development and adoption of standard business processes that resulted in clean financial and IT audits. 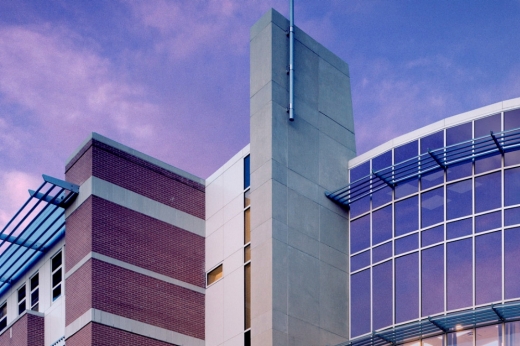 Mr. Harnage is largely responsible for the overall beautification of campus, and secured funding to build the Engineering & Computational Sciences Building, the current hub of ITS activity.

Mr. Harnage is widely known as the force behind the dramatic transformation of the physical campus. A visionary who oversaw numerous improvements to the grounds and physical plant, he managed projects that ranged from the creation of green spaces to new academic buildings to the planning for the University Village and Ted Constant Convocation Center. He is responsible for the University's signature brick wall, the greening of Kaufman Mall, including the placement of the University seal and fountain, and several University gardens across campus.

Mr. Harnage led an ambitious expansion when ODU acquired more than 70 acres east of Hampton Boulevard and built the University Village. He is also overseeing the University's current master plan, organizing and developing the limited physical space of campus in support of the University's future goals and growth.

His passion for ODU (and details) can be seen in the architecture he's had a hand in over the years, including the Engineering & Computational Sciences Building, the Student Recreation Center, and the Kate and John R. Broderick Dining Commons, and the Darden College of Education & Professional Studies Building. 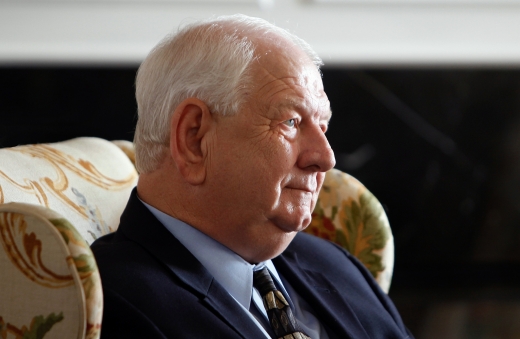 Mr. Harnage wants nothing less than the best for ODU, its campus and its community.

Mr. Harnage left the university in 2000, but returned in 2011 as Chief Operating Officer.

In addition to the development of buildings and technology, he has a heart for developing people. Possessing an uncanny ability to connect with people and to connect people with each other, he pours himself into others as he encourages others to do the same. He recently started a student mentoring program that pairs undergraduate students with executive staff members to share experiences and provide advice, and was instrumental in the launch of the ODU Innovation Center, which provides collaboration space and services to area entrepreneurs.

Mr. Harnage's support of academics and research computing has never waivered. He allows the core mission of the university to set his priorities, and then sets about achieving those goals. He challenges ODU toward excellence, encouraging the best from those around him because of his firm committment to the mission of the University and his wholehearted belief in the value of those around him. 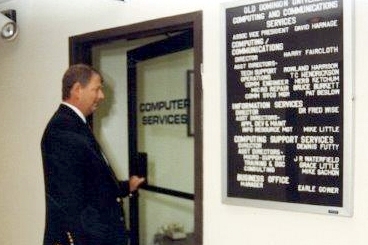 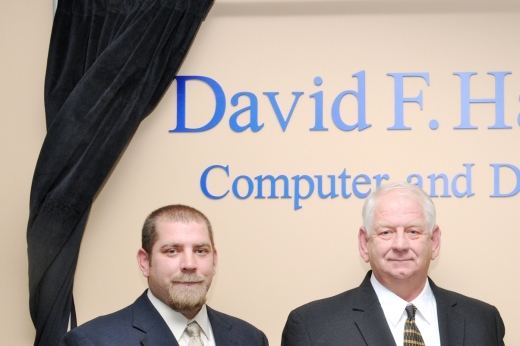 The David F. Harnage Computer and Data Center was dedicated in honor of Mr. Harnage, shown here with his family. 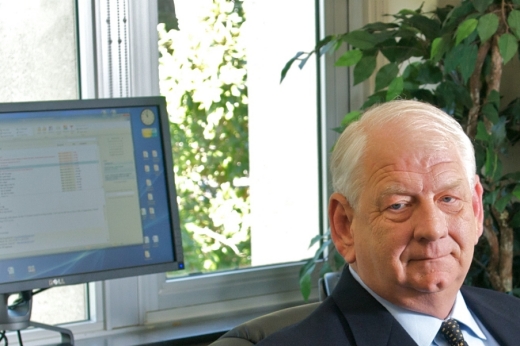 After a decade of service to other schools, Mr. Harnage returned to ODU as Chief Operating Officer, and retired in 2017.

There are currently no system alerts.

IT Project Management coordinates the efforts and resources of ODU ITS to produce effective, quality solutions for the University's students.