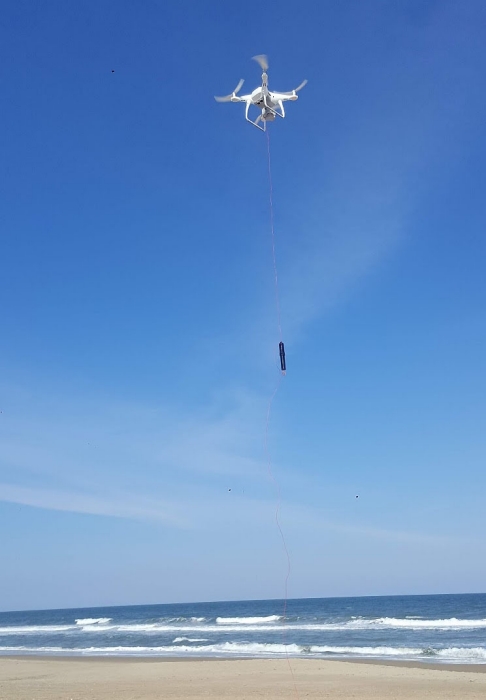 Old Dominion University's Teresa Updyke and George McLeod have been using drones in an innovative way: to calibrate radar antennas located along the bay and coast.

Updyke, a research scientist at ODU's Center for Coastal Physical Oceanography, manages six radar stations in the lower Chesapeake Bay and along the Mid-Atlantic coast. These sites are part of the Mid-Atlantic Regional Association Coastal Ocean Observing System, which in turn are a part of the High Frequency Radar National Network funded by the National Oceanic and Atmospheric Administration.

McLeod is the assistant director of the Center for Geospatial and Visualization Computing Center and has spent the past few years using drones to conduct coastal research.

The land-based radar stations contain remote sensing instruments that use high frequencies to monitor coastal currents by measuring surface water speeds over large areas. The speed is measured moving toward or away from the antenna by bouncing radio signals off of ocean waves and analyzing the return signal. An antenna calibration is needed to determine which direction a signal came from.

This technology provides researchers with hourly maps of ocean or bay currents and has led to the development of several practical applications, including aid to U.S. Coast Guard search-and-rescue operations, pollution tracking and ocean weather forecasting.

Calibration is done annually or whenever there are changes in antenna response patterns. This can be caused by changes in the radar equipment, cables or surrounding environment.

The boat carries equipment that broadcasts a radio signal, and it motors around in an arc maintaining a certain distance from the antenna while the system records the reception of that signal coming from every direction. Later, during normal operation, the reception "pattern" that was measured can be used to determine the direction of return signals reflected back from ocean waves.

Calibrating from boats can be time consuming and expensive, so alternate methods of calibration have been developed in recent years. Radar operators at the University of California Santa Barbara pioneered a way to calibrate their radar antennas using a drone.

Updyke and McLeod tested this method of drone calibration at the Little Island Park radar station in Virginia Beach.

McLeod programmed the drone, which carried a small signal transmitter, to fly in a pre-programmed arc around the antenna.

When the drone returned to the landing pad, McLeod switched to manual control and landed it precisely in the middle of the pad. Two approximately 15-minute flights were made, one traveling clockwise around the antenna and another traveling counterclockwise.

Processing the data afterward revealed that the measurement was a complete success.

After the initial test in 2019, an additional 11 antennas have been calibrated with two drones across seven coastal radar stations. 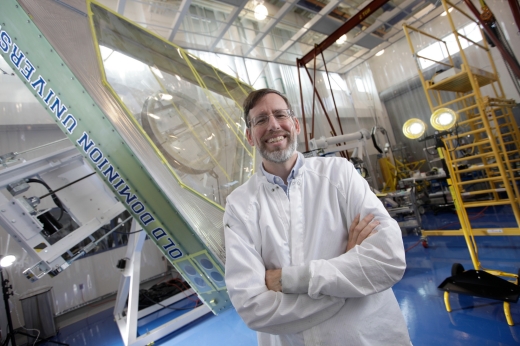 Studying the Proton and Neutron Dance

A study by ODU researchers at Jefferson Lab is featured in the current edition of the scientific journal Nature. (More) 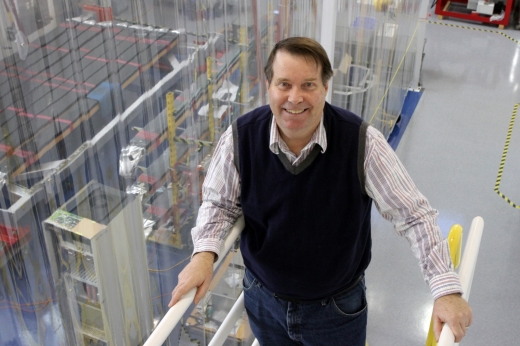 Charles Hyde’s groundbreaking research on protons and neutrons was recently published in the national journal. (More) 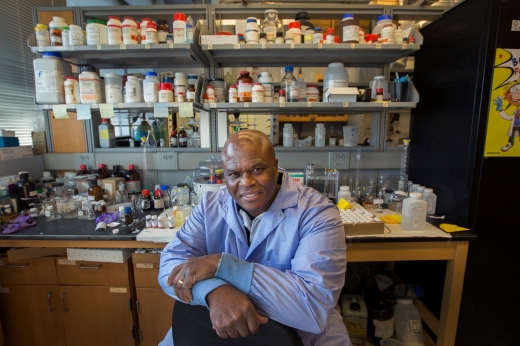 Paving the Way for the Next Generation of Chemists

Alvin Holder tinkered with his teacher's leftover chemicals as a child in Barbados. Now he's cultivating the next generation minority scientists. (More)