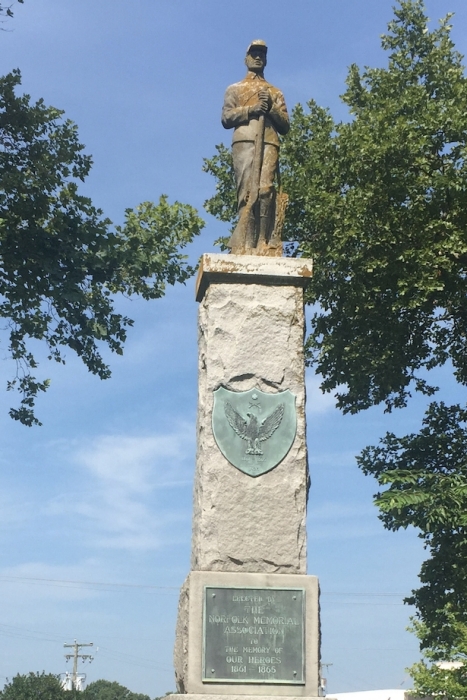 The William Carney monument at West Point Cemetery in Norfolk

Fuller was born in Norfolk, the son of slaves. He rose to become Norfolk's first Black city councilman, and in that role sought to define spaces where African American citizens could be honorably buried. In 1885 Fuller had a former potter's field renamed West Point Cemetery, and in 1909 in collaboration with the Norfolk Monument Association he began work that resulted in the erection of a monument honoring African American soldiers and sailors, particularly those who fought for the Union during the Civil War.

Atop the monument was placed a statue of U.S. Army Sgt. William Harvey Carney, a former slave from Norfolk who fought with the 54th Massachusetts Volunteer Infantry Regiment and who became the first Black soldier to receive a Congressional Medal of Honor for bravery. Carney's courage and that of fellow soldiers in his African American regiment inspired the 1989 film "Glory," starring Denzel Washington and Morgan Freeman. Near the base of the Carney monument are 58 graves of Black Americans who fought for the Union in the Civil War as well as several graves of Black veterans of the Spanish-American War.

West Point Cemetery is now on the National Register of Historic Places, and the Carney monument remains one of only a few such tributes raised in the South to honor Black Union soldiers who fought for freedom and equality, and it's right here in Norfolk. West Point Cemetery is located downtown near Scope. Here are some of the planned Black History Month events at ODU.