Still in Play: Reflecting on the Work and Life of Carolyn H. Rhodes for Women’s History Month 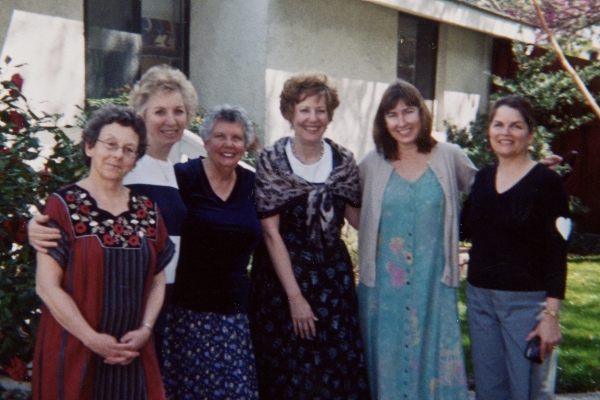 "DISCARD" stamped on the bottom may have been sobering for Carolyn Rhodes to see.

She was long retired from ODU, where Perry Library holds her archives, including her original copy of "First Person Female American: A Selected and Annotated Bibliography of the Autobiographies of American Women Living After 1950," which appeared in 1980, and she edited.

Carolyn got this discarded copy in 2010, via the Santa Monica Public Library, as the shipping notice that fell out indicates.

Into the shipping notice she'd folded a copy of the Choice review praising her "fine reference tool to use in preparing a new course," and a review from ODU's "U News 9/26/80."

Striking is the unsigned pen-and-ink frontispiece: a wild-haired woman in a veritable Garden of Letters, pens, typewriter, abundant books and works-in-progress before her. Carolyn's voice sings from Foreword and Preface, exuberantly credits "scores of women and men," "members of feminist networks," "feminist cooperation," and ODU's own "Faculty Women's Caucus" - precursor to the University Women's Caucus (UWC), which she co-founded, along with the Women's Studies program and helpmeet Friends of Women's Studies.

Remarkable in the diversity of voices and inclusivity it captures, "First Person Female American" aimed to be "part of the solution," indeed a "corrective" to courses that well-meaning colleagues "do not yet realize" are "perpetuating warped, patriarchal, self-serving values." Reading Carolyn's words in our BLM and "Me Too" time and reflecting on the states of the literary canon, USA and world, I'm not sure whether the glass is half empty or half full. Carolyn would have thrilled to hear Amanda Gorman's inaugural poem. After the 2016 election, she consoled much younger friends with positive stoicism. 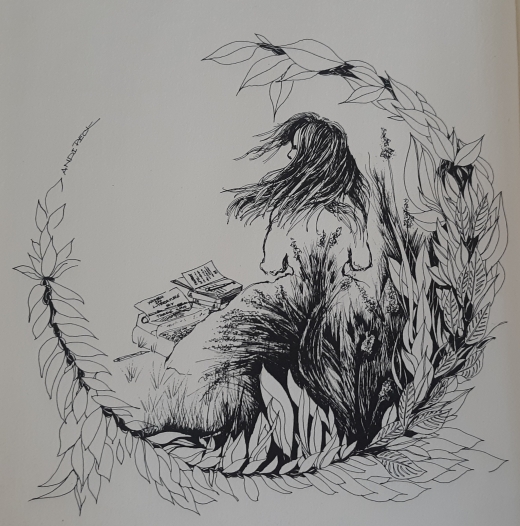 As Carolyn's daughter Babette observed, Carolyn was "an incredible mentor." She nurtured countless scholars and activists both in decades teaching at ODU and on Fulbrights in Romania and China, as well as through informal gatherings she hosted into her 90s, feminist potlucks where ideas and actions percolated.

"We don't want memory of her to fade," said the Center for Faculty Development's invitation to reflect on Carolyn for Women's History Month. In fact, through her multifaceted contributions - expanding curricula and scholarship, mentoring many, establishing programs and organizations, fostering feminist cooperation, fundraising for scholarships and political action, plus brave legal actions that led to greater pay equity and the establishment of the UWC at ODU - Carolyn Rhodes is vital, still in play, and as she said, "part of the solution."

I wish I could have run this draft by Carolyn, who for more than 30 years was my first reader, and surely would have improved it.

Renee Olander (MA '87, mentee of Carolyn Rhodes) is associate vice president for regional higher education centers at ODU and author of the poetry collections "American Dangerous" and "A Few Spells."