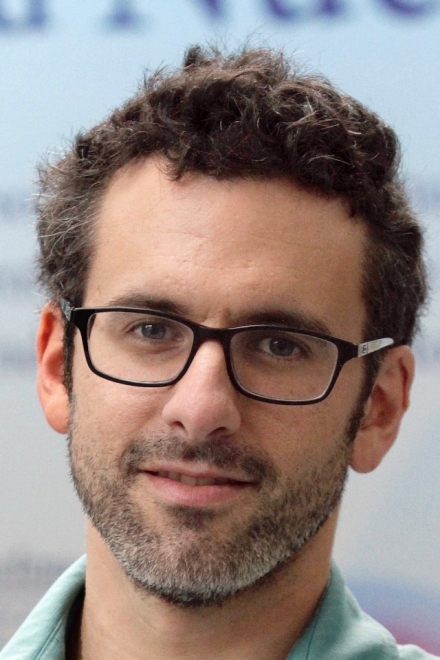 By day, Assistant Professor of Physics Raul Briceno studies the effects of the strong nuclear force. In his spare time, he concerns himself with another force: the drive to broaden STEM recruitment in higher education.

In a December Science Pub talk, Briceno, a theoretical nuclear physicist at ODU and the Thomas Jefferson Nuclear Accelerator Facility, talked about his urge to bring more women and minorities into science, technology, engineering and mathematics. He focused on what is potentially lost when universities fail to diversify their students and faculty in those fields.

"How many Einsteins are we leaving out of the conversation?" he asked.

Briceno himself is a native of Venezuela who immigrated to Florida with his family when Hugo Chavez took power. A love of math and philosophy drew him to theoretical physics, he said. Along his academic journey, however, he could not fail to notice that women and people of color were underrepresented in the field.

While working on his Ph.D. at the University of Washington, he met a champion of diversity — the professor and particle physicist Ann Nelson, who died in 2019. "She made a strong impression on me," Briceno said.

Nelson wrote in a 2017 commentary article in Physics Today: "Not only is the lack of inclusion unfair, but it also fails to maximally exploit the talents of a great humanity."

Ever since Briceno came to ODU that year, he has dedicated "a tremendous amount of time" to try to make STEM more diverse, he said. "ODU is really an amazing place, where many people are trying to do this."

Among several outreach programs he is involved in here, he said the biggest and most inclusive is REYES (Remote Experience for Young Engineers and Scientists). Created last summer after other outreach programs were halted because of the pandemic, it is a collaboration of Academic Affairs; the Batten College of Engineering and Technology; the College of Sciences; Strategic Marketing and Communications; and Undergraduate Admissions.

"By opening this program to anybody that was interested, we attracted over 7,000 aspiring scientists from 115 countries," Briceno said. "Many of these were people who were stuck at home during the pandemic or simply had never had the opportunity to talk to experts in a field of interest."

The experts have included scientists from Jefferson Lab, ODU and NASA, as well as speakers from the Lawrence Berkeley National Laboratory, the Mexican space agency, and elsewhere. Among those speakers was Ellen Ochoa, the first Latina to go into space and the first person of Hispanic origin to direct NASA's Johnson Space Center.

"About 70 percent of people who participated reported that they felt more confident and enthusiastic about pursuing a career in STEM and doing research, in part thanks to REYES," Briceno said.

In his own research he focuses on the strong nuclear force and its effect on subatomic particles known as quarks and gluons, which interact to form protons and neutrons in the nuclei of all everyday matter. This central core is where nearly all an atom's mass — and hence nearly all its energy — is stored.

At Jefferson Lab, he said, "we grab particles, smash them against each other at really high energies and deduce from that how they interact with each other."

This can be accomplished using the laboratory's world-class particle accelerator, but it can also be done in simulations. Briceno is part of JLab's Theory Group, which he described as the world leader in simulating nuclear reactions on the fundamental level. For this work the team uses computing facilities in the United States and Europe, as well as JLab's own supercomputer.

"The use of supercomputers and increasingly fast and smart algorithms has revolutionized the field," he said. "That's motivated us to develop increasingly complex and rich mathematical frameworks to study more and more interesting phenomena."

In turn, this rapid change dovetails with his drive to recruit for the STEM disciplines in academia.

Briceno hopes to bring in "new talent that can allow us to solve new problems," he said. "This is an exciting field that is quickly growing, and there's just tons of opportunities for people who want to join it."