Confederate Monuments and Racial Trauma: A Q&A With Jonathan Leib 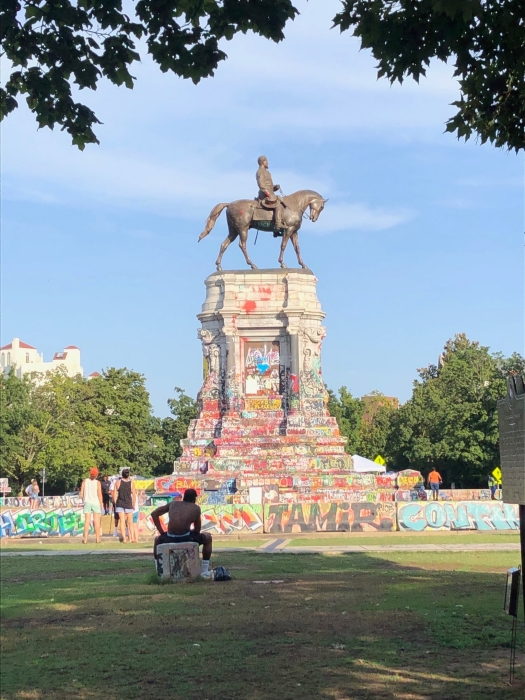 The Robert E. Lee Monument in Richmond has been transformed from a site of Confederate glorification into a shrine for victims of racial injustice. (Photo by Annette Finley-Croswhite) 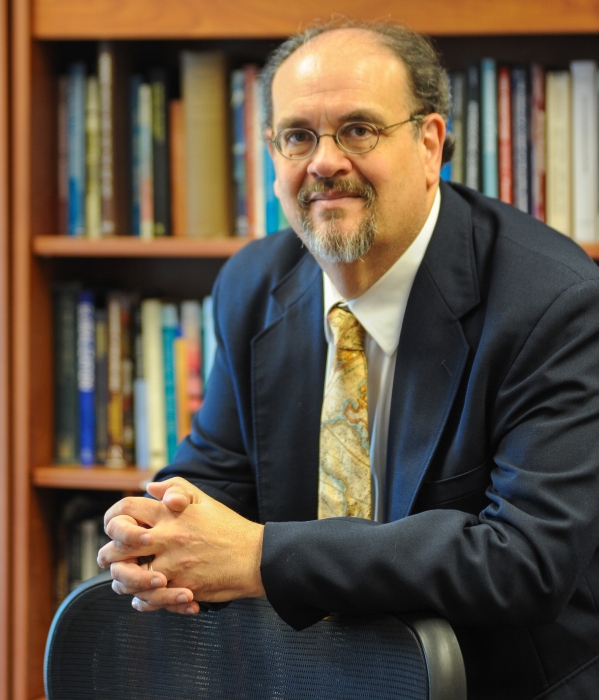 Down they came, in late spring and all through the summer.

In city after Southern city, Confederate statues fell, whether removed by municipalities or toppled by crowds. Dozens of icons surrendered their prominence as a wave of protests over police brutality and racially motivated violence swept the nation.

Jonathan Leib has been watching events with keen interest and a scholarly eye. He is a professor of geography and chair of the Department of Geography & Political Science at Old Dominion University whose research focuses on political and cultural change in the South.

On Nov. 18 at 2 p.m., Leib will speak as part of the program "Confederate Monuments and Racial Trauma." The online event is sponsored by the Center for Faculty Development and the Office of Faculty Diversity & Retention. Also speaking will be the respective directors of those units, Annette Finley-Croswhite and Narketta Sparkman-Key.

Sparkman-Key will open the program and offer personal insight; Leib will discuss the politics of landscape and place and debates over Confederate monuments in a time of heightened anxiety; and Finley-Croswhite will address post-traumatic slave syndrome (PTSS), trauma pedagogy and how to reduce student invisibility in our classrooms. A discussion will follow.

Ahead of the event, Leib answered a few questions from the Center for Faculty Development.

Tell us about your background and your academic specialties.

I am a political and cultural geographer, and much of my research over the past 30 years has revolved around political and cultural change in the American South. My research has mainly focused on two areas: 1) issues concerning race, redistricting, political representation and voting rights, and 2) the politics of representation on the Southern landscape over the placement (or replacement) of Confederate symbols (e.g., flags, monuments). My research on the South examines a common theme: the changing, albeit slowly and erratically, balance of identity, race and power in the region.

What drew you to the study of Confederate statues and other icons?

I was first drawn to the study of Confederate icons when I taught at a university in rural southern Georgia in the early 1990s, at a time when debates were occurring over whether to remove the Confederate battle emblem from that state's flag. My attempts to even discuss this issue led to passionate feelings from many of my white Southern students who were very vocal in their outrage that I would even bring up the subject of possibly changing the flag. The vitriol that these white students expressed in multiple ways, and support I received from African American students, showed me that there was something important here that needed to be studied and understood.

What led Southern states and localities to erect these monuments in the first place?

This is probably the most debated question today concerning these monuments, and your answer provides insight into your opinions of the contest for power in the region. One answer to this question is that the main period when these statues were erected, the late 19th and early 20th century, was a time when many were dying, so these monuments were erected in honor of them. But, at the same time, this was the main period for the construction of the "Lost Cause" myth, a rewriting of Southern history by whites that argued that the Civil War, rather than being a losing battle to preserve slavery and the region's plantation economy and society, was instead a gallant effort to protect home and honor from invading Northern forces, and these monuments, and the celebrations around them, helped shape this myth. Hand in hand with the construction of the "Lost Cause" in the late 19th and early 20th century, white Southerners were regaining control over politics and power in the South, and enacting Jim Crow laws, disenfranchising African American voters, enforcing segregation and using both legal and extra-legal (e.g., violence and intimidation) means to ensure that whites had dominant control over the region and that African Americans were subservient to whites. These monuments, placed in very public spaces and seats of power (county courthouses, city halls, in the heart of downtowns) literally "concretized" this power on the landscape.

Did you ever think you would see the day when such statues would be removed or relocated? What is your take on this unprecedented moment?

Yes and no. I thought that these statues would be removed eventually, but I am surprised at how quickly it has happened. In my own teaching on the subject, and this is backed up by public opinion polls, I'm finding that over time younger generations of white students are less wedded to these statues and symbols as older whites are. As time passes, support for these statues and symbols has declined. At the same time, the pace at which they have been coming down this year has been a surprise. However, two caveats I would add are that: 1) many monuments still remain in the region, and 2) this is a culmination of growing pressure in recent decades to remove such symbols from the landscape, which has increased in recent years with the 2015 Charleston massacre and the 2017 white supremacist protests and violence in Charlottesville.

Please give us a short preview of your talk.

I believe that it is important to bring one's research into the classroom. However, at the same time, how does one do this when some see that research as being controversial? In this talk, I am going to discuss the history of Confederate monuments on the landscape to help provide context for questions about how to teach about such issues in a time of heightened anxiety.

It should be noted that Finley-Croswhite is also quite interested in statue movement and has published on the issue in the context of her focus on French history. She conceived this CFD program after tracking events in the spring of 2020 tied to Confederate monuments in Richmond, Norfolk, and Portsmouth, Va., and she and Sparkman-Key are pleased to welcome Leib to share his expertise on monument movement and how to teach difficult history.