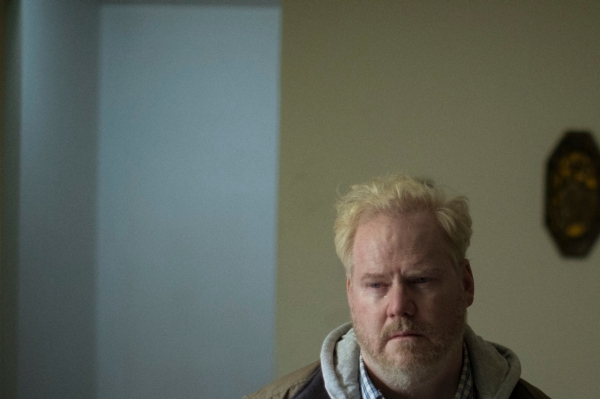 Storyland Pictures producing in association with XYZ Films, the Virginia Film Office, and Old Dominion University; Photography is under way in Norfolk, Virginia

Norfolk, VA (December 15, 2017) -- World renowned actor and comedian Jim Gaffigan is set to star alongside Robbie Jones (BOSCH). Isabel Arraiza (OATH, DRIVEN) and Tammy Blanchard (Tallulah), in All The Animals Come Out At Night. The film was penned by Derrick Borte and Daniel Forte, and is directed by Derrick Borte (The Joneses, London Town). Scott Lochmus's (Pottersville, The Joneses) of Storyland Pictures is producing the film, in association with XYZ Films, and via a workforce development partnership with Old Dominion University and The Virginia Film Commission. The film is shooting in Norfolk, VA, with delivery expected in the second quarter of 2018.

This marks Gaffigan's first lead in a dramatic film, and his fourth appearance in a drama in last two years (Chuck, Chappaquiddick, Them That Follow).

All The Animals Come Out At Night tells the story of Cam (Gaffigan), a former computer programmer, now down on his luck driver. After suffering an emotional breakdown, and the subsequent loss of his job and family, he is a shell of the successful man he once was. Cam makes extra cash chauffeuring Mazz, a low-level drug dealer, around the city. As Cam's situation deteriorates into a serious financial bind he decides to kidnap Mazz's child in hopes of collecting a ransom from the cash-carrying dealer.

The production is working with the Virginia Film Office and Old Dominion University to offer real world experience on the feature film for a group of 28 ODU students.

Andy Edmunds, of the Virginia Film office said, "In addition to the significant contributions this film has provided to the Hampton Roads economy, director and Virginian Derrick Borte's thoughtful collaboration with Old Dominion University has provided a powerful tool for workforce development, giving a rare opportunity for our Virginia students to get hands-on experience on a high-caliber film. It is through the vision and support of schools like ODU, and the mentorship of directors like Borte, that we'll see the next generation of Virginia filmmakers develop their careers and continue to grow this lucrative industry in the Commonwealth."

Storyland Pictures was formed in 2009 by Lochmus and Borte. Projects include POTTERSVILLE (NetFlix), LONDON TOWN (IFC), THE JONESES (Roadside Attractions), and the recently completed BOARDING SCHOOL and TO DUST.

XYZ Films is an integrated content company whose mission is to empower visionary storytellers from every corner of the planet. As an independent production company and worldwide sales agency, the company is uniquely suited to identify talented filmmakers and bring their stories to life. XYZ was founded in 2008 by Nate Bolotin, Nick Spicer, and Aram Tertzakian. XYZ recently won the 2017 Sundance Grand Jury Prize for Macon Blair's I DON'T FEEL AT HOME IN THIS WORLD ANYMORE.

Experience an unforgettable evening of diverse works as emerging and established artists expand the boundaries of dance. (More)

Experience an unforgettable evening of diverse works as emerging and established artists expand the boundaries of dance. (More)

Like any thriller classic, Shakespeare’s masterpiece bends with time, always adjusting to the frights that haunt current minds. (More)