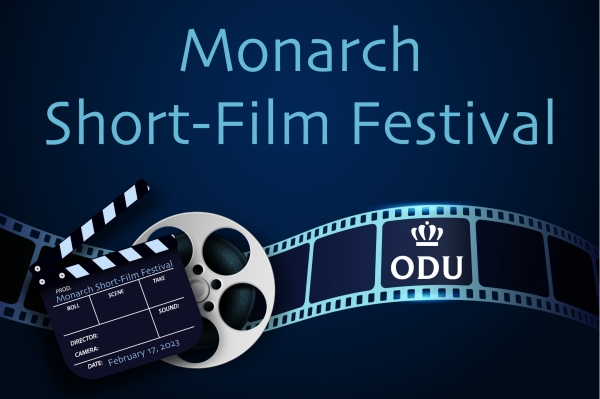 The Monarch Short-Film Festival will have its first edition this 2022-2023 academic year. This annual event will showcase and highlight the work of ODU Film Students and Alumni*. The Festival is a competitive event where members of a jury will individually watch and assign points (1-10) to each of the movies submitted. It will end with an award ceremony-evening-event where the top scoring movies (as determined by the points assigned by the jury) will be screened to the audience, and the movie winners of the event will be announced and awarded. Best Student Film (overall) and Best Student Film by popular vote will be awarded during the event ceremony on February 17, 2023.

*ODU Alumni may only submit and compete in the alumni category.

How to Submit a Film

* FilmFreeway allows you to submit a Secure Online Screener. Please log on to the website, set up an account or login into your existing account, and follow the instructions to submit your film to Monarch Short-Film festival directly via the website. From there, your submission will be processed and assigned to the Monarch Short-Film Festival organizers.

* Submissions must be uploaded and submitted no later than the deadline date (by 11:59 pm EST, January 30, 2023) to enter the festival.

For questions or more information on this event, please contact filmshowcase@odu.edu.