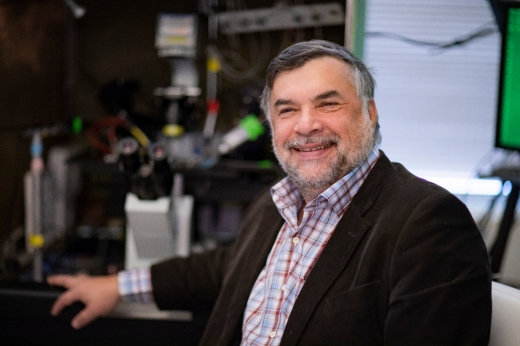 The research in our lab is centered on nanosecond pulsed electric fields (nsPEF), from molecular and cellular mechanisms to prospective applications in cancer ablation, deep tissue stimulation, and defibrillation. These studies are accomplished by combining advanced live cell microscopy techniques with single cell electrophysiology, targeted electroporation, and diverse cell biology and biochemical methods. 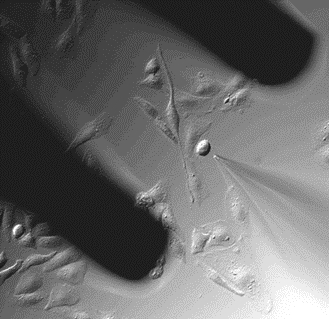 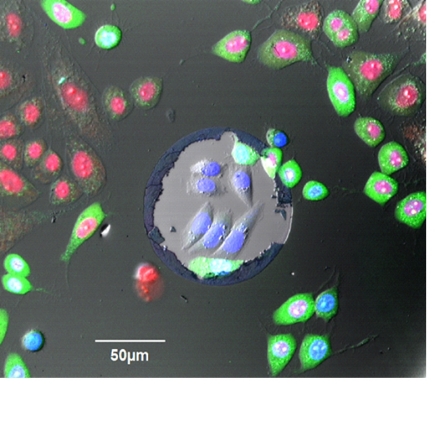 Cell membranes permeabilized by nsPEF become permeable to small ions and water. This effect is explained by the opening of nanometer-size pores. However, the longevity of these pores (minutes) and their complex conductive properties have not been explained. We explore nanoelectropore formation and life cycle, conduction properties, cell stimulation and activation, membrane repair, and cell death mechanisms and pathways.

We recently uncovered bipolar cancellation, a phenomenon that challenges existing electroporation paradigms and may enable targeted remote biostimulation with broad medical applications. Bipolar cancellation is unique to nsPEF and is manifested by profound reduction of biological efficiency if the nsEP polarity is reversed. The bipolar cancellation was demonstrated for effects, from Ca2+ mobilization in excitable and non-excitable cells, to membrane permeabilization and cell death induction. We work towards elucidating the mechanisms responsible for bipolar cancellation and utilize it for biophysical research of excitation and fast ion channel kinetics. 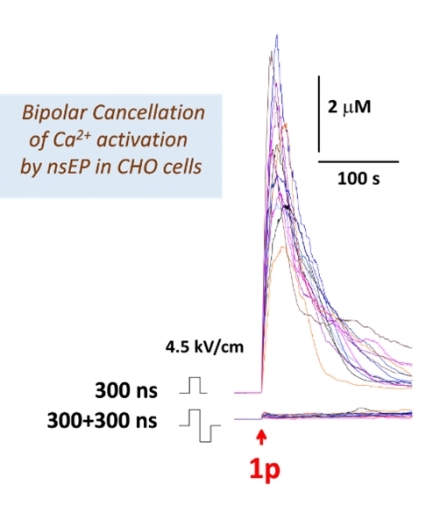 We also developed a new paradigm of focused remote stimulation based on bipolar cancellation. When two pairs of stimulating electrodes are arrayed in a quadrupole, bipolar cancellation inhibits nsPEF effects near the electrodes, where the electric field is the strongest. Two properly shaped and synchronized bipolar nsPEF overlay into a unipolar pulse towards the center of the electrode array, thus canceling the bipolar cancellation (a "CANCAN effect"). CANCAN effect achieved by the interference of two bipolar nsPEF enhanced electroporation up to tenfold, with a peak at the quadrupole center. The CANCAN approach is promising for uniform tumor ablation and stimulation targeting away from electrodes. 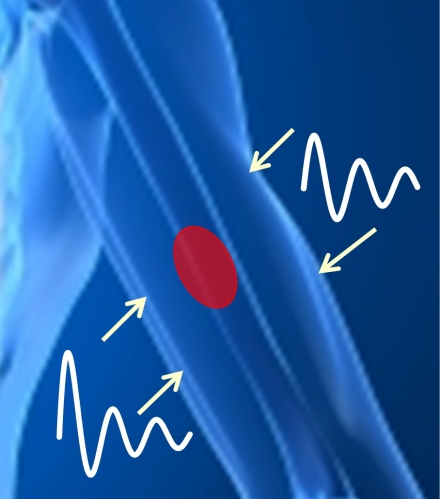 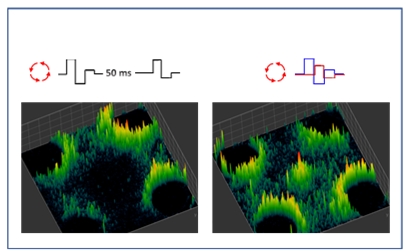 The primary effect of nsPEF is a rapid build-up of cell membrane potential (MP). Real-time measurements of MP kinetics are a key to predicting the outcomes of nsPEF stimulation. However, membrane charging by nsPEF occurs on a nanosecond time scale, much faster than could be resolved by the existing electrophysiological and imaging methods. In collaboration with colleagues from AFRL (San Antonio, TX), we have addressed this challenge by implementing strobe pulsed laser microscopy for MP imaging with better than 50 ns accuracy. In this one-of-a-kind set-up, cells loaded with a fast voltage-sensitive fluorescence dye are exposed to high-power momentary laser flashes (5 kW, 6 ns). The flashes are dynamically synchronized with nsPEF stimulation. Photos of fluorescence taken at different times during and after nsPEF show the real-time dynamics of MP changes and how these changes culminate in downstream effects, such as opening of voltage gated ion channels, initiation of action potentials, and nanoelectroporation. 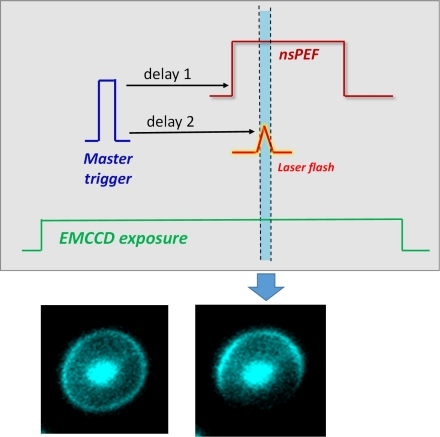 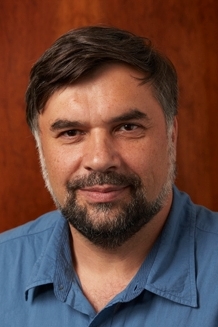 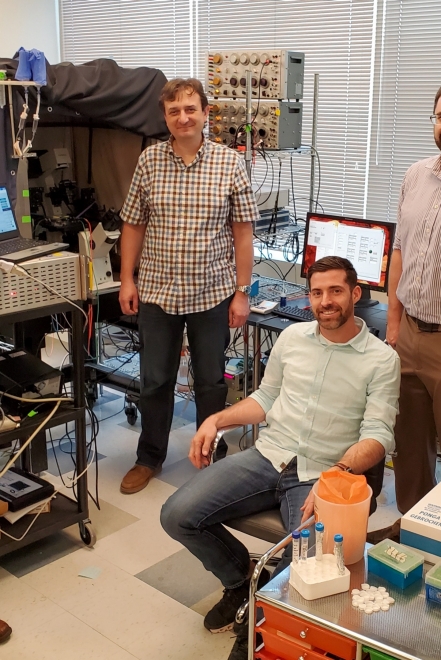 Awards to Supervised Students and Postdocs