The Center for Bioelectrics began in the late 1990s when Karl Schoenbach at Old Dominion University (ODU) proposed a collaboration with Stephen Beebe at Eastern Virginia Medical School (EVMS) to explore how nanosecond pulsed electric power might be harnessed to form the basis for new techniques and technologies in cell and environmental biology and medicine. Their initial studies at the ODU Physical Electronics Research Institute (PERI), which involved also E. Stephen Buescher, Peter Blackmore, and Mike Stacey, all from EVMS, and many students and postdoctoral researchers, were made possible by financial support from ODU and EVMS, grants administered by the late Bob Barker, physicist and program officer at the Air Force Office of Scientific Research, and the first of several donations from Hampton Roads engineer and philanthropist Frank Reidy.

In 2002 the PERI became organizationally the Center for Bioelectrics in the ODU College of Engineering. Research progress and more funding followed, and in 2003, laboratory and office facilities were established on the top floor of the Norfolk Public Health Building on Brambleton Avenue, Barbara Carroll was recruited to be Administrative Director, and research activity increased. Electrical engineers Juergen Kolb and Shu Xiao joined the Center, bringing to the team not only pulsed power design expertise but also perspectives and problem-solving styles that complemented those of the life scientists. Another early member of the engineering team was mathematical modeler Ravindra Joshi. And already in those years the Center included cold atmospheric plasma researchers — at that time Mounir Laroussi (and Kolb) and visiting scientist Arif Malik.

Experimental biologist Rich Nuccitelli came to the Center in 2003. He initiated studies that showed the effectiveness of nanosecond pulsed electric field ablation — nonthermal — for melanoma skin tumors in mice. A pathway to nanosecond bioelectrics applications in biomedicine! Exciting! The Center has always been open to visitors, who sometimes stay long enough to make significant contributions to ongoing work, and they included during this period Nianyong Chen, Wolfgang Frey, Sunao Katsuki, and Uwe Pliquett. In 2005, in recognition of his continuing support, the Center was renamed the Frank Reidy Research Center for Bioelectrics. 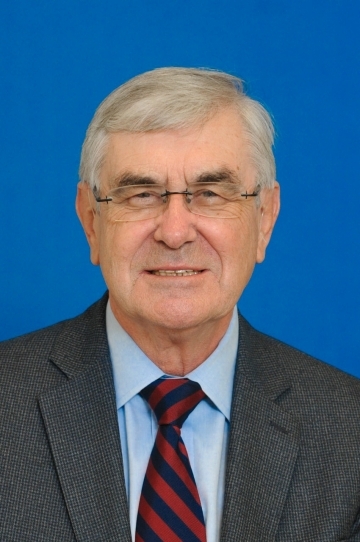 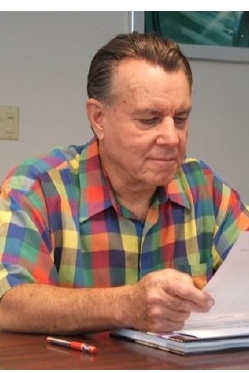 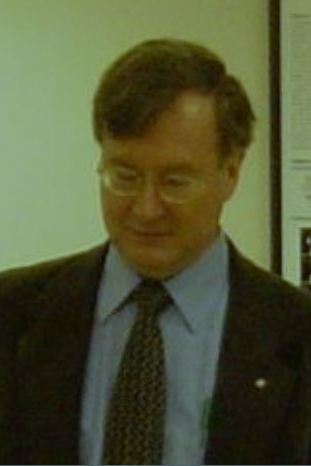 From this critical mass of knowledge, scientific and engineering expertise, and institutional and donor support, and with extramural funding secured by the faculty, all under the continued leadership of Karl Schoenbach, the Center grew and attracted new scientists. Mike Stacey from EVMS, who had already done some of the early work on DNA damage and effects of nanosecond pulsed electric field exposure at different points in the cell cycle, joined the Center at the beginning of this growth. Richard Heller and Loree Heller, pioneers in gene electrotransfer, plasmid electrotransfer, and electrochemotherapy, came to ODU from the University of South Florida, and in 2008 Richard agreed to succeed Prof. Schoenbach as executive director of the Center. Andrei Pakhomov moved to Norfolk from the Air Force Research Laboratory in San Antonio during this same period. With the establishment of the Pakhomov lab, the methods of patch clamp electrophysiology began to be applied to increasing our understanding of the effects of nanosecond pulsed electric fields on individual cells and groups of cells. 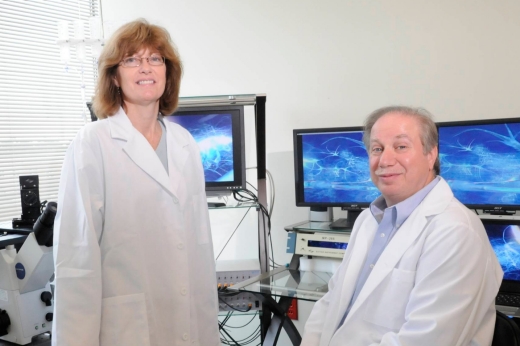 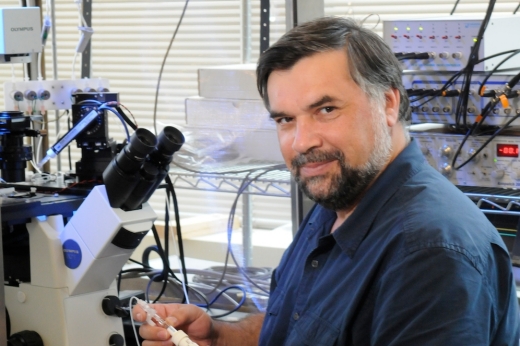 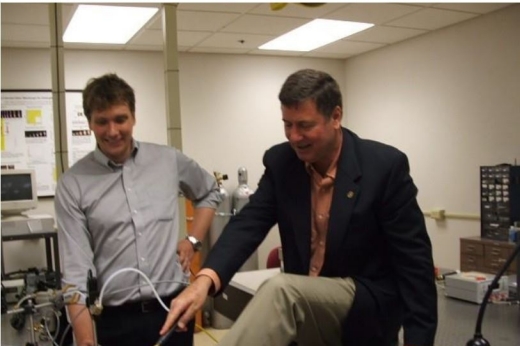 In 2010 the Center moved to its present location on the east side of the ODU campus, into new, larger facilities with room for continued expansion. Olga Pakhomova had come already to the Center in 2009, applying biochemistry and molecular biology expertise to investigations of electroporation-induced cell death and electromodulation and regulation of voltage-gated calcium channels and other membrane proteins. P. Thomas Vernier, an early bioelectrics researcher, was recruited from the University of Southern California, where he trained with Martin Gundersen. Vernier combines bioelectric experimental observations with molecular simulations to characterize mechanistic responses of cells and membranes under electrical stress. Siqi Guo and Iurii Semenov joined the Center as research assistant professors after training in the laboratories of Richard Heller and Andrei Pakhomov, respectively. Guo contributed to the original studies investigating the immune stimulating effects of nanosecond pulsed electric fields, and in collaboration with Beebe he is looking for ways to enhance these responses. Semenov is a skilled microscopist who investigates immediate cell responses to electric pulses with high-speed fluorescence imaging of living cells. Christian Zemlin affiliated with the Center when he accepted faculty appointments in the Department of Electrical and Computer Engineering and the ODU Biomedical Engineering Institute. With his expertise in cardiac electrophysiology, Zemlin contributed to pivotal studies using nanosecond pulses for the treatment of atrial fibrillation. 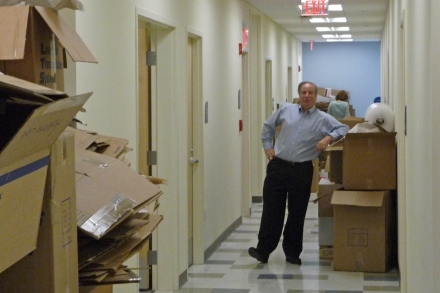 Richard Heller during the Center relocation 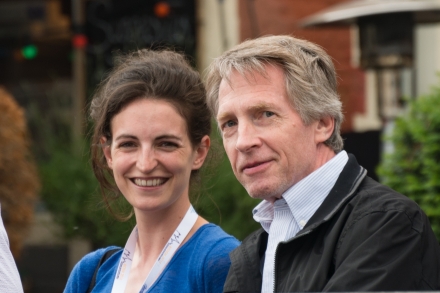 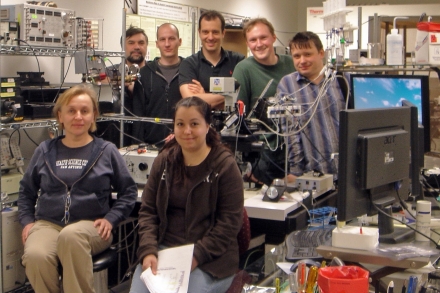 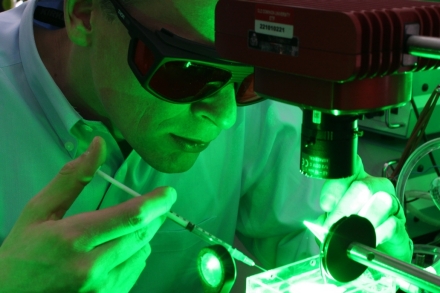 2013 was an expansion year. Michael Kong and Hailan Chen from Loughborough University in Leicestershire, England, and Chunqi Jiang from the University of Southern California, bolstered the Center's efforts to understand better how atmospheric pressure cold plasmas can be used in biomedical and other applications. John Catravas from the University of Georgia extended the Center's research perspectives. The Catravas lab investigates endothelial cell pathophysiology, acute lung injury, inflammation, and heat shock protein biology. Christiana Dimitropoulou joined the faculty a little later, reinforcing the vascular research unit.

In 2015, Richard Heller stepped down from his role as director, and for the next four years acting directors Catravas (2015-2017) and Pakhomov (2017-2018) managed the Center, as it continued to prosper and grow. During this time, several other excellent investigators began building research programs at the Center, including Claudia Muratori, Esin Sözer, Anna Bulysheva, Pavel Solopov, and Ruben Luciano Colunga Biancatelli.

During these years many successful bioelectrics-themed or bioelectrics-related meetings were organized in Norfolk by the Center for Bioelectrics, including the 7th International Bioelectrics Symposium in 2010, the 2nd World Congress on Electroporation and Pulsed Electric Fields in Biology, Medicine and Food & Environmental Technologies in 2017, and the Fundamental and Applied Bioelectrics International Scientific Workshop in 2012, 2014, 2016, and 2018. 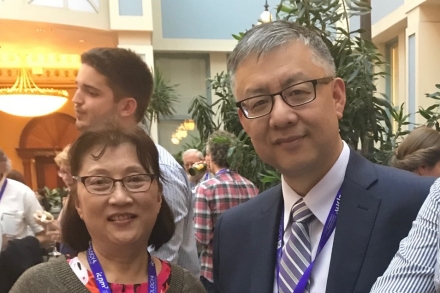 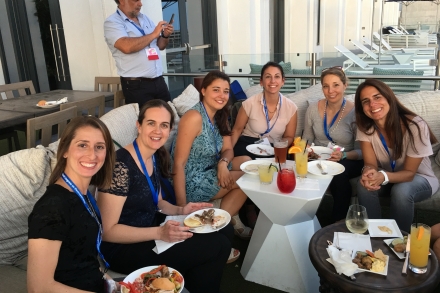 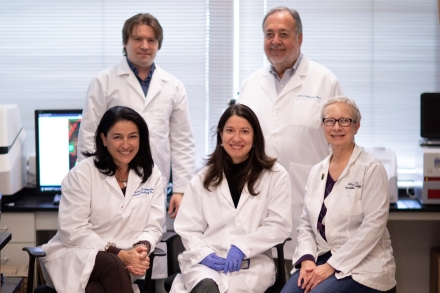 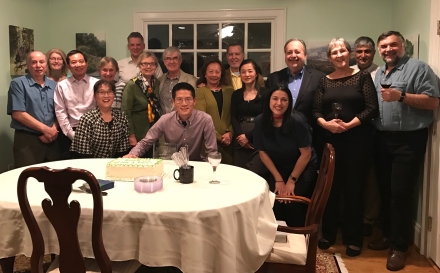 In parallel with and made possible by the research carried out in Norfolk and now at dozens of laboratories around the world, early efforts at the Center to use nanosecond pulsed electric field technology in cancer therapeutic applications were published in 2006, with Rich Nuccitelli as lead author. In this study melanoma tumors in mice were successfully treated with nanosecond pulses. 11 years later, Dr. Nuccitelli had become the Chief Scientific Officer of Pulse Biosciences, in Haywood, California, a bioelectric medicine company which has licensed the ODU patents and others for nanosecond electric pulse technology. Nano-Pulse Stimulation, as it is now called (NPS™), is in clinical trials for the treatment of basal cell carcinoma. The spinout of this bioelectrics technology to a biotechnology company was the first for ODU and an example of a university-developed technologies reaching the marketplace. ODU's pathbreaking bioelectrics work, which has demonstrated the ability to kill cancer cells and heal wounds, has generated more than 41 million dollars for the University and its researchers, the largest commercialization success in ODU's history read more 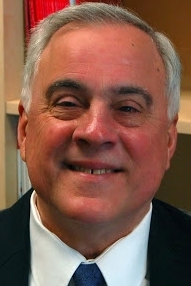 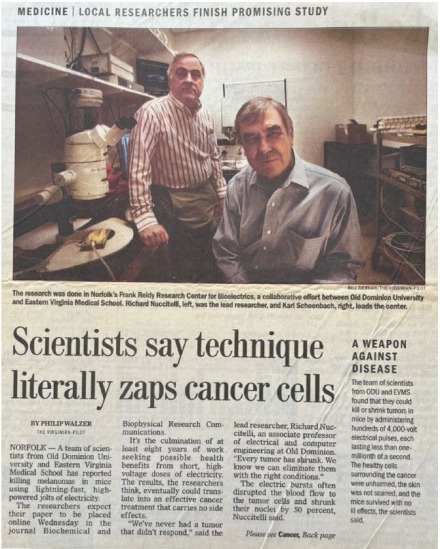 2006 article from the Virginian Pilot. Karl Schoenbach with Rich Nuccitelli at that time faculty at the Bioelectric Center. 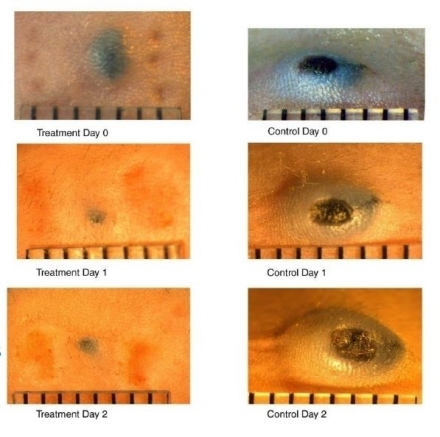 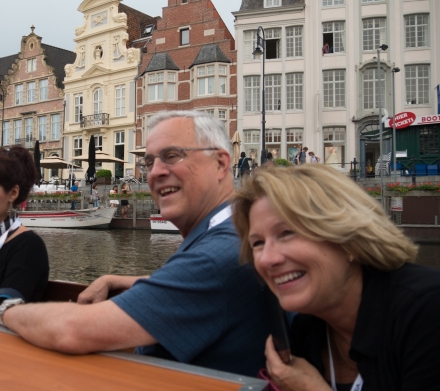 The Center for Bioelectrics is presently governed by an executive committee of Center faculty, with Andrei Pakhomov serving as executive director. 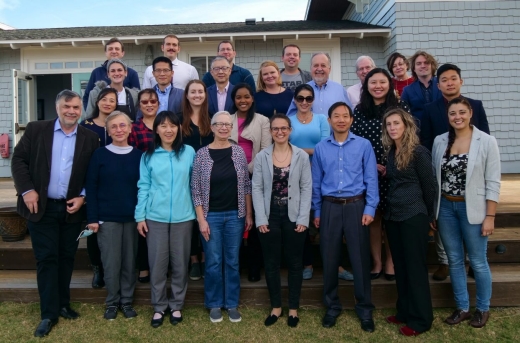 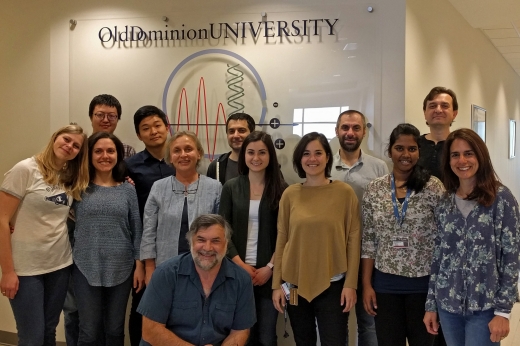 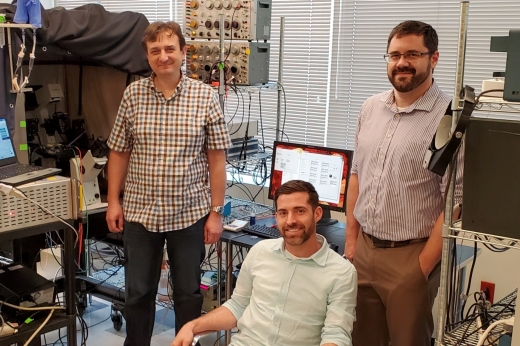 From left to right: Iurii Semenov with colleagues Joel Bixler and Bennett Ibey from the Air Force Research Laboratory during the installation of a strobe microscopy system at the Center in 2021.