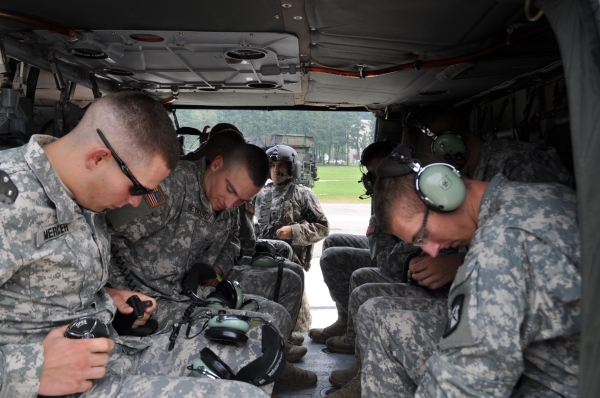 The Cadet Troop Leader Training (CTLT) provides Cadets the opportunity to experience leadership in Army Table of Organization and equipment units over a three to four week period. Cadets serve in lieutenant-level leadership positions in active-duty units. Platoon Leader positions have a 3-4 week duration depending on the hosting unit and location. Assignments include units that are located CONUS and OCONUS. Cadets are assigned a unit mentor, and are provided on-post lodging and meals via a Dining Facility. This program is exclusively designed for MS III Cadets before and after completion of the Leader Development and Assessment Course (LDAC). 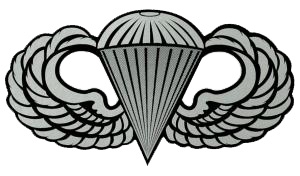 US Army Airborne School is a three week course held at Fort Benning. The Monarch Battalion sends any deserving cadets to the course who have excelled in the program. The three weeks are as followed

Ground Week
During Ground Week, Soldiers must pass the Army Physical Fitness Test (APFT). The Ground Week Airborne instruction begins with an intensive program of instruction to build individual Airborne skills. These skills prepare the Soldier to make a parachute jump and land safely. Students train on the mock door, the 34-foot tower and the lateral drift apparatus.

Tower Week
Tower Week completes the Soldier's individual skill training and further builds team effort skills. To go forward to Jump Week, Soldiers must qualify on the Swing Lander Trainer (SLT), master the mass exit procedures from the 34-foot tower, gain canopy confidence and learn how to manipulate the parachute from the 250-foot tower, and pass all physical training requirements.

Jump Week
Successful completion of the previous weeks of training prepares Soldiers for Jump Week. During Jump Week, Soldiers must successfully complete five jumps at 1,250 feet from a C-130 or C-17 aircraft. Paratroopers who successfully meet course requirements are granted an additional skill identifier and are authorized to wear the coveted "Silver Wing" on their uniform located to the right. 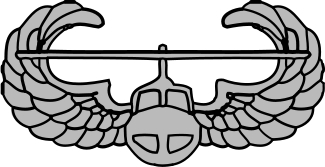 If you'd rather rappel from Helicopter then jump from an aircraft, then Air Assault may be for you. Air Assault is a rugged 10 day course which will test all aspects of the soldier. The training is as follows:

Day Zero- Candidates must successfully complete an obstacle course and a two-mile run before they are officially considered "Air Assault Students".

Day One- Candidates will undergo a six-mile march, followed by a strict inspection.

Combat Assault Phase- During this three-day phase, candidates will learn aircraft safety and orientation, along with the principles of aero-medical evacuation, pathfinder operations, and combat assault operations among several other topics. Soldiers will be given a written and "hands-on" test following this phase.

Slingload Operations- During the second three-day phase of Air Assault, candidates will learn how to rig equipment onto rotary aircraft with a sling, an operation that generally requires the loading Soldier to hook a tether to the underbelly of a helicopter hovering just a few feet above the ground. Typical loads can range anywhere from 1,000 to 8,000 pounds. This operation is extremely precise, and requires intense preparation and concentration from all Air Assault team members. Trainees must pass a written and hands-on test before moving to the next phase.

Rappelling Phase- In the third and final three-day phase of Air Assault training, Soldiers receive basic instruction on ground and aircraft repelling procedures. By the end of the phase, trainees must complete two repels from a 34-foot tower and two repels from a UH-60 Blackhawk, hovering at 70-90 feet.

Graduation Day- Soldiers must complete a 12-mile foot march in full gear plus a rucksack in less than three hours. Graduates are awarded the Air Assault Badge and the 2B ASI (Additional Skill Identifier).