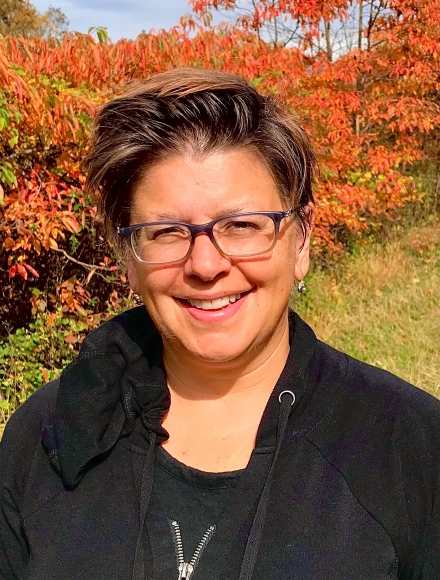 Martha Daas, associate professor of Spanish and chair of the Department of World Languages and Cultures, has been appointed as Associate Dean for Undergraduate Studies and Administration in the College of Arts and Letters, effective July 10. Daas replaces Janet Katz, who is retiring on July 1 after 43 years at Old Dominion University.

She has been overwhelmed by the incredibly positive responses to the news that she is taking over from Katz.

I am so excited to be filling Janet's enormous shoes," she said. "It seems like the college is rooting for me and that will definitely make this daunting task easier."

Daas has taught at ODU since 2002, the same year she earned her Ph.D. in Hispanic Literature from the University of Texas at Austin. She has published articles on medievalism and popular culture and on saints' lives. Her first monograph, The Politics of Salvation, considers the use of the mythology of the Virgin Mary as religious propaganda. Her most recent monograph, Medieval Fare: Food and Culture in Medieval Iberia, focuses on the intersection of food and religion in the Middle Ages.

She also said she considers herself a professional extrovert likes to help, so the associate dean's job will play to those strengths.

"I'm generally not happy unless I'm around other people, listening to them and hopefully making their lives better," she said.

Interim Dean of the College of Arts and Letters Jonathan Leib said he is confident Daas will excel in the position.

"Martha is the ideal candidate," he said. "She will do a great job in the Associate Dean's role, and she will be a key player in moving the college forward."

The sentiment is echoed by incoming dean Laura Delbrugge, who said she is "delighted" to welcome Daas to the role. Delbrugge begins her tenure as the Dean of the College of Arts & Letters on July 9.

"Her significant experience as the chair of the Department of World Languages and Cultures, her years of service as a faculty member, and her student-centered approach to her work make her an ideal choice for this role," Delbrugge said.